Home » N.Ireland » Drivers stopped for ‘running on Ribena’ in Down

Drivers stopped for ‘running on Ribena’ in Down 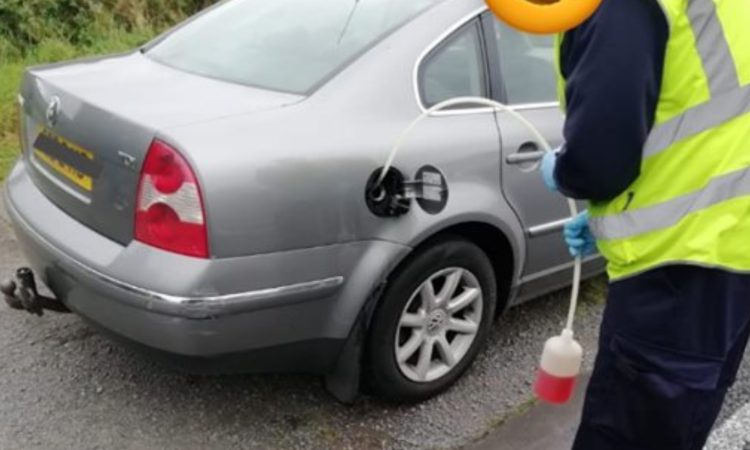 Two cars were stopped for running on “Ribena juice” – or red agricultural diesel – in Co. Down yesterday, Thursday, October 10, according to members of the Police Service of Northern Ireland (PSNI).

Taking to social media, PSNI officers based in Down said:

“South Area Burglary Team worked with colleagues from Customs and the Driver and Vehicle Agency, in Downpatrick this morning.

Checks of two cars stopped showed they were being driven on the ‘ribena juice’ aka red-diesel. The drivers left with lighter pockets.

“Police went to speak with the occupants of another car, and when they approached it both persons were sitting smoking cannabis joints; safe to say these were seized.

“Drugs were also seized following the stop of another car, and the driver was reported for not having a valid driving license,” the PSNI post stated.

“The team also carried out check-points, anti-burglary patrols and searched for wanted persons.

“Our advice: If it’s on the red, keep ‘er in the shed,” the PSNI post concluded.

In the Republic of Ireland, according to the Irish Revenue, green diesel, also known as marked gas oil (MGO), is diesel on which mineral oil tax at a reduced rate has been paid on condition that it is used only for purposes that qualify for that reduced rate.

It is chemically marked and dyed green to deter misuse for purposes to which a higher rate of tax applies. In the UK, red-coloured dye is used for the same purpose.