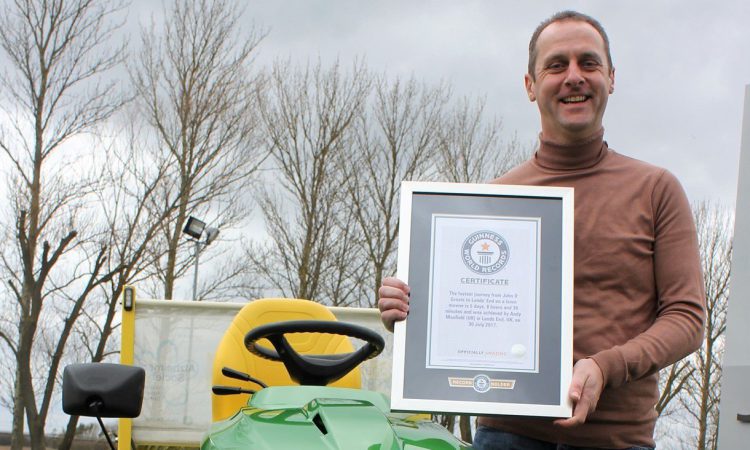 Prison officer Andy Maxfield’s journey from John O’Groats to Land’s End in Britain on an unmodified lawn tractor has been officially recognised as a Guinness World Record achievement.

The story of Andy’s epic journey is featured in a new display at the Land’s End Visitor Centre in Cornwall (England) and also at the British Lawnmower Museum in Southport. 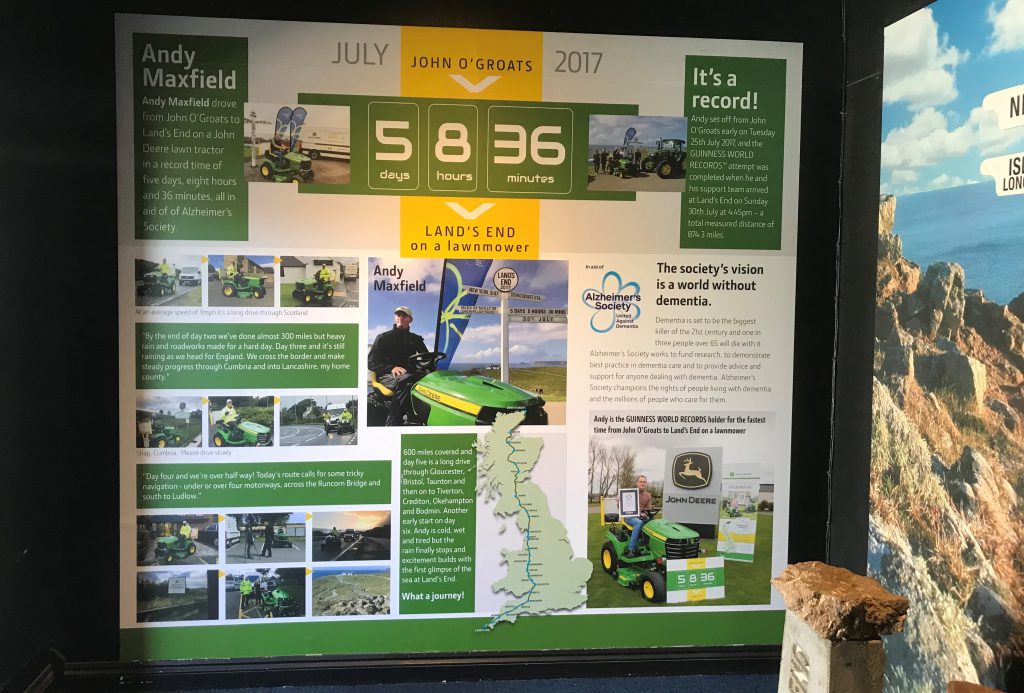 The 874-mile record attempt in July 2017 took Andy five days, eight hours and 36 minutes, making it the fastest time for the journey on a ride-on lawnmower. Andy embarked on the challenge to raise funds and awareness for Alzheimer’s Society after his father was diagnosed with the disease.

Andy’s initial goal was to raise a modest £1,000 for the Alzheimer’s Society through the lawnmower challenge in July of last year, followed by a charity ball in December.

I’m very proud my record attempt was successful but I couldn’t have done it without the encouragement of my family and support team. Having a great lawn tractor certainly helped.

To supply proof for the Guinness World Record attempt, the lawnmower was fitted with a tracking system routinely used by much larger agricultural machinery for guidance and monitoring.

John Deere’s Operations Centre was able to track Andy’s entire journey via JDLink software. The resulting data was the proof needed to verify Andy’s route and travelling time as a genuine “success”.

Sadly, Andy’s father, the inspiration behind the John O’Groats to Land’s End challenge, lost his own battle with dementia in January 2018, unaware that his son’s achievement was indeed a record.