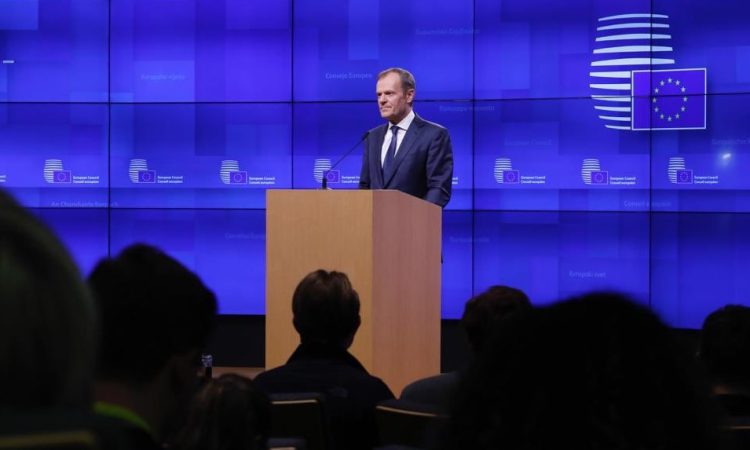 The 27 EU member states have agreed to a request from the UK for a further extension to Brexit departure day until the new year, it has been confirmed.

Outgoing President of the European Council Donald Tusk made a brief statement on social media earlier this morning, Monday, October 28.

Taking to Twitter, Tusk said: “The EU 27 has agreed that it will accept the UK’s request for a Brexit flextension until January 31, 2020.

The EU27 has agreed that it will accept the UK’s request for a #Brexit flextension until 31 January 2020. The decision is expected to be formalised through a written procedure.

“The decision is expected to be formalised through a written procedure,” the president added.

Last week, on Tuesday, October 22, Tusk said: “Following Prime Minister Boris Johnson’s decision to pause the process of ratification of the withdrawal agreement, and in order to avoid a no-deal Brexit, I will recommend the EU 27 accept the UK request for an extension.

For this I will propose a written procedure.

Tusk also said that he had spoken with Boris Johnson over the phone, and had explained the reasons to the prime minister why he was recommending the other member states accept the deal.