European Commission expects cereal exports to slow down in 2016

European cereal exports are expected to be significantly lower in 2016 than in 2015, at close to 44m tonnes, according to the European Commission’s Short-Term Outlook.

The decrease in European exports is expected to be close to 8m tonnes, it says.

However, this is still almost 20% higher than the five-year average, which confirms the strong competitiveness of the EU cereal sector, the European Commission says.

The European Commission says that the reduction in maize exports is mainly as a result of a supply contraction.

But, barley exports to a large extent are driven by Chinese imports.

It says that China significantly increased barley over the last years after problems of non-authorised GMO presence in their maize imports.

In total, imports in to the EU should amount to 17m tonne in 2016, up by about 1m tonne on the previous year.

Maize imports are expected to increase the most due to a strong reduction in domestic production, it says.

In 2015, wheat and barley production also increased in the EU, the report says.

The increase in production is solely due to exceptionally high wheat yields averaging 6.3 t/ha in the EU, as the land area sown under wheat declined by 0.6% the European Commission says.

Barley production increased slightly compared to last year despite a 1.7% contraction in area. 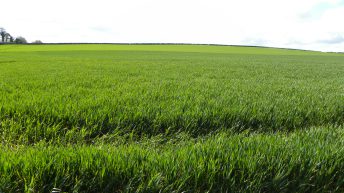