European Medicines Agency recommends suspending the use of Velactis 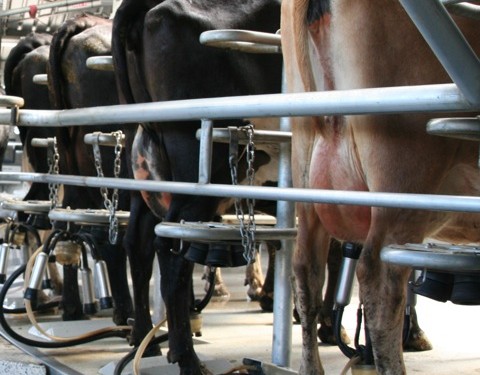 The European Medicines Agency (EMA) has recommended suspending the veterinary medicine Velactis used in dairy cows at the time of drying off.

The suspension, which was announced yesterday (Friday), follows reports of serious adverse events in cows, including recumbency and deaths. Velactis was not released in Ireland, but had been licensed for use in Europe in December 2015.

The recommendation follows reports of adverse events in 319 dairy cows after treatment with Velactis, according to the EMA. It says that many of the adverse events were serious, including recumbency (lying down and being unable to stand) in 208 animals, which generally occurred within 24 hours of administering Velactis. In total, there were 71 reported deaths in cows, most after a period of recumbency.

The CVMP therefore recommended that the marketing authorisation for Velactis be suspended in the European Union (EU) until further information is available to show that the benefits outweigh the risks, possibly under new conditions of use or restrictions.

The Committee also recommended as a precautionary measure a recall of Velactis currently on the market in the EU. The use of the medicine has already been suspended by national authorities in some EU Member States and the company has informed EMA that it has suspended sales in the EU.

The CVMP’s recommendations will now be sent to the European Commission for a legally binding decision applicable in all EU Member States.

Velactis is used as an aid in the abrupt drying-off in dairy cows and has been linked to several cases of recumbency and deaths.

As a result of the serious cases, the authorisation of Velactis is being suspended.

Users are advised to stop using the product in dairy cows and use alternative methods for dry off.

Users who have any questions should contact their veterinarian or national veterinary medicines authority.