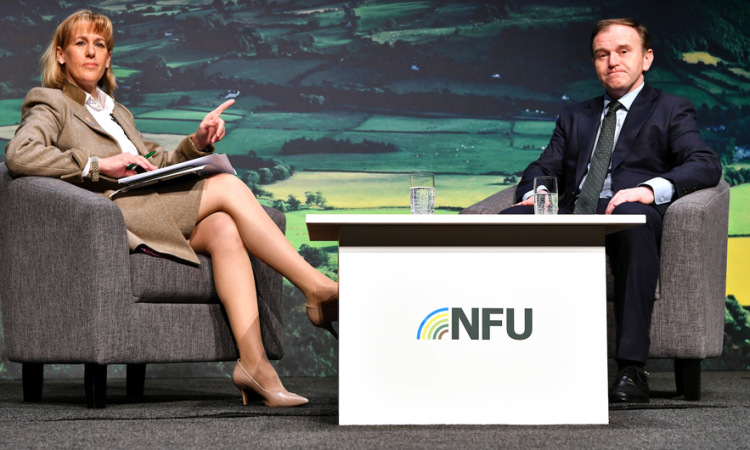 Defra Secretary George Eustice has denied growers an exemption to the three-crop rule despite news England received over 200% of its average February rainfall.

The announcement was made at the National Farmers Union conference where Eustice described the rule as “bonkers” during an on-stage conversation with NFU president Minette Batters.

The same week some areas of England experienced more than a month’s worth of rain in just 24 hours.

The UK Farming Roundtable called for the Government to grant a derogation from the rule and to broaden the extent of the Farming Recovery Fund earlier this month.

The three-crop rule requires farmers to have three crops in the ground on their farm between May 1 and June 30.

However, with thousands of acres of farmland underwater, farmers in many parts of the country have been unable to plant crops.

A joint statement from the UK Farming Roundtable said farmers were facing an “unprecedented situation”.

“Relentless rain has meant some farmers won’t have been able to get on their land since the autumn,” it read.

A significant area of farmland is currently underwater following two storms in two weeks, compounding the already wet ground conditions from this winter. Many farmers were unable to plant winter crops and are now facing great difficulty planting spring crops.

“There will be many farmers out there really struggling, not just with the immediate impacts of the current flood water but the knock-on effects of damage to farmland and buildings, as well as significant impacts to this season’s cropping.”

“These might be the best farmers in the world but I don’t think they’ve ever planted anything in July,” she said.

Eustice said: “I’ve never agreed with the three-crop rule… [it] won’t be staying for long.”

Discussion ranged from US trade and food standards, to milk prices and labour, but just 10 days into Eustice’s new role, he said flooding had been the biggest challenge.

In a press conference after his speech, the Secretary said that he’d had daily phone calls about the topic and that Storm Dennis was the first thing Prime Minister Boris Johnson wanted Eustice to lead on.

However, the Flood Recovery Fund can only be used for permanent damage, which Eustice said was difficult to assess at the time of the conference, because the waters hadn’t receded in large areas of the country.

He also explained that any of that fund would be “top-sliced” out of the Pillar 2 budget.

He added: “We will be setting aside record amounts of money for flooding strategies in the next few years.” 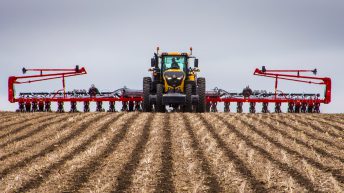