Home » N.Ireland » Exports of sheepmeat from the UK fall 12% in October

Exports of sheepmeat from the UK fall 12% in October 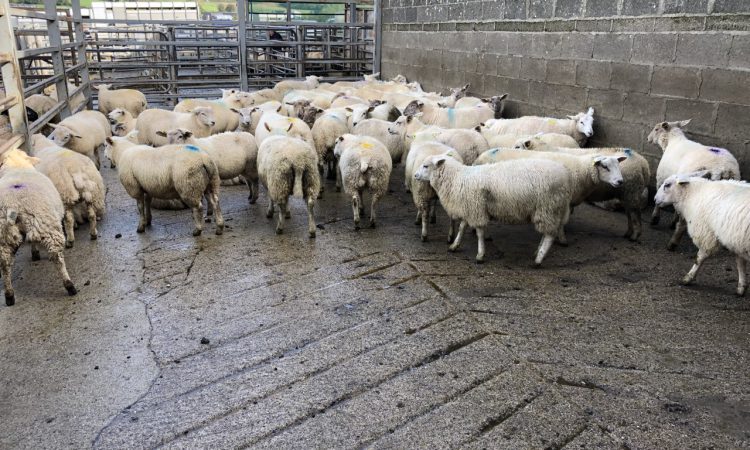 Advertisement
Continuing the trend seen for 2021, UK exports of fresh and frozen sheepmeat once again witnessed a decline, with imports falling to a similar fate. The Agriculture and Horticulture Development Board (AHDB) has reported that UK fresh and frozen sheepmeat exports were down 12% on-the-year for the month of October, to stand at 7,000t, according to Her Majesty’s Revenue and Customs (HMRC) data. Volumes of sheepmeat exported to the EU fell by almost 4%, to 6,700t. Rebecca Wright, a red meat analyst for the AHDB said: “Volumes available for export have been challenged this year (2021), by both increased trade friction between the UK and the EU post Brexit, and lower UK production. “In the year to October, exports declined 22%, to 54,900t. Volumes are well below historic averages.” Furthermore, during October, UK fresh and frozen sheepmeat imports fell by over a third year-on-year, to total 2,200t. The AHDB said that volumes from New Zealand dropped by almost half, to 900t. This means in the year to October, imports totalled 40,000t, which is back 16%. Moreover, volumes from New Zealand are likely to remain subdued for at least the coming year.

Exports of sheepmeat fall by 16% in September

Looking back to the month previous, UK exports of fresh and frozen sheepmeat totalled 6,500t, 16% lower than a year ago for September. Similarly, imports saw a sizeable decrease year-on-year – back 38% to 2,500t.
Download Our Free App
Loading Next Story