Home » Machinery » Fancy a Chinese ‘interpretation’ of a John Deere?

Fancy a Chinese ‘interpretation’ of a John Deere? 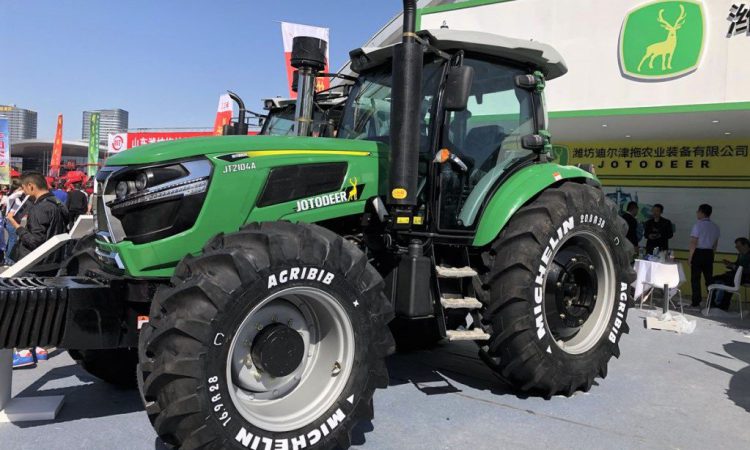 This tractor (pictured above) was photographed at a recent trade fair in Wuhan, China. It’s the JotoDeer JT2104A; the brand-name sounds vaguely similar to that of John Deere.

The tractor’s logo is also somewhat similar to that of John Deere, as is the colour/livery. According to Czech outlet Agroportal24h, this machine churns out about 150hp.

This tractor (below) was also spotted at the event.

The badge/logo also appears to be remarkably similar to that of John Deere – uncomfortably so?

There were other tractors too (pictured below), which shared elements of John Deere’s overall look.

These units, at least from a front-on perspective, share some design cues with those of current-generation John Deere models.

Last year, we brought you details of a Chinese tractor (manufactured by a company called Ensign) that bears more than a passing resemblance to some current Fendt models.

The tractor (pictured below) was spotted at an overseas trade fair – the Chinese ‘International Agricultural Machinery Exhibition’. It was posted on Facebook by Dautel Landtechnik. 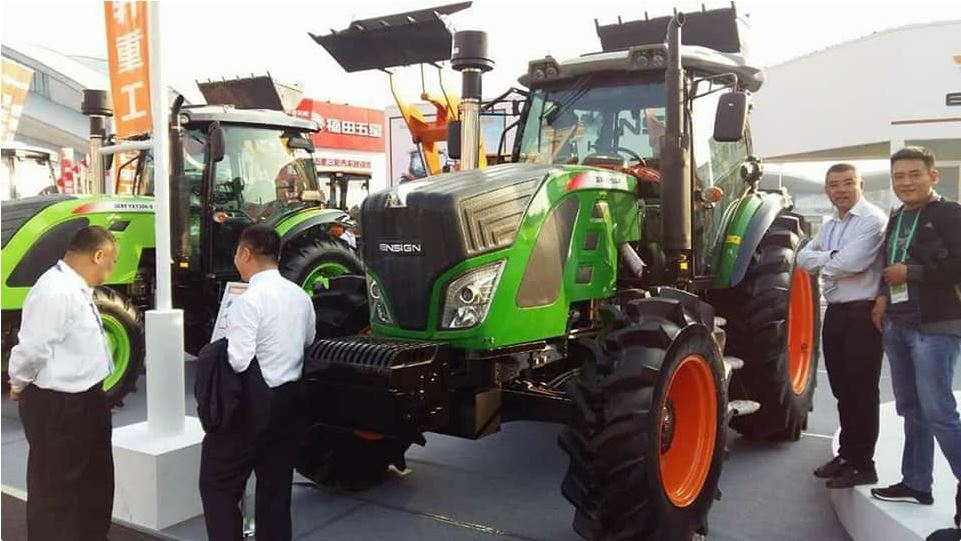 The cab is admittedly very different to that fitted to a Fendt, but the bonnet (hood) bears a striking similarity. 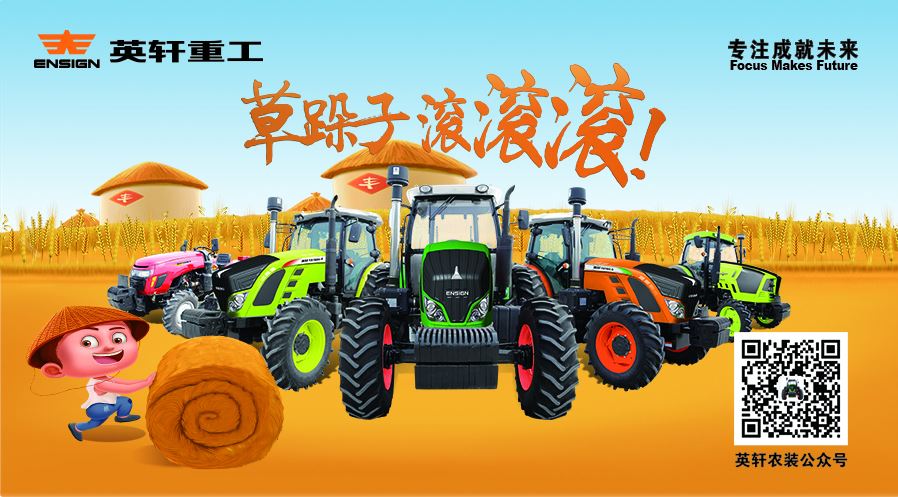