The incident has come as a shock locally as the animals targetted at Old Bells Farm in Hordle are also used as therapy animals for disabled children and adults.

The vandals are thought to have some the can of antiseptic purple spray as they entered the field in Hordle.

The spray was then used to abuse several sheep and goats, with some animals left almost completely covered in the dye. The aerosol was also sprayed into the anus and vulva of one of the goats. 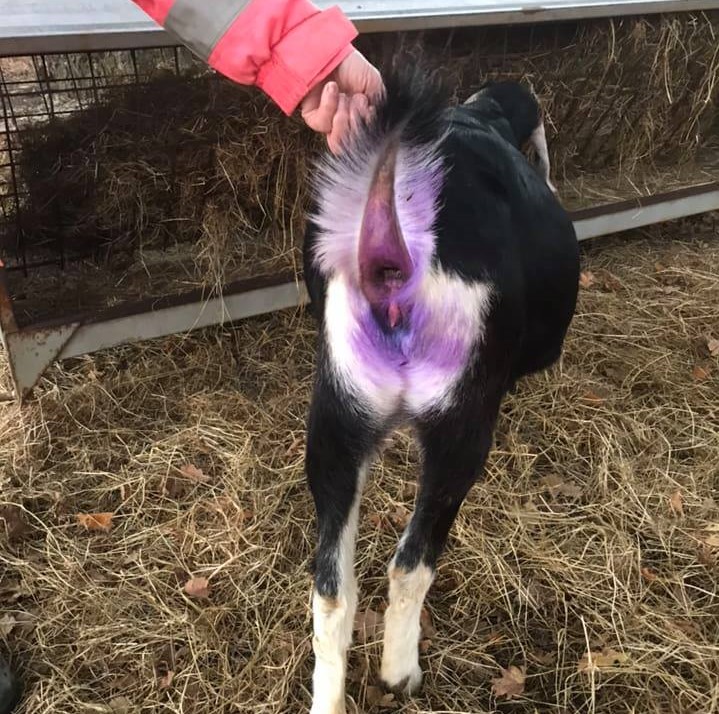 Those responsible also painted crude phallic symbols on trees around the farm and graffitied the names 'Lez' 'Darren' and 'Chris W' on wooden hurdles.

A spokesman for Hampshire Police confirmed officers were investigating the incident.

He said: "We are investigating a criminal damage incident involving farm animals which took place this weekend.

"Between 11:30am and 4:30pm on Sunday, November 18, nine animals, including goats and sheep, were covered in purple spray. 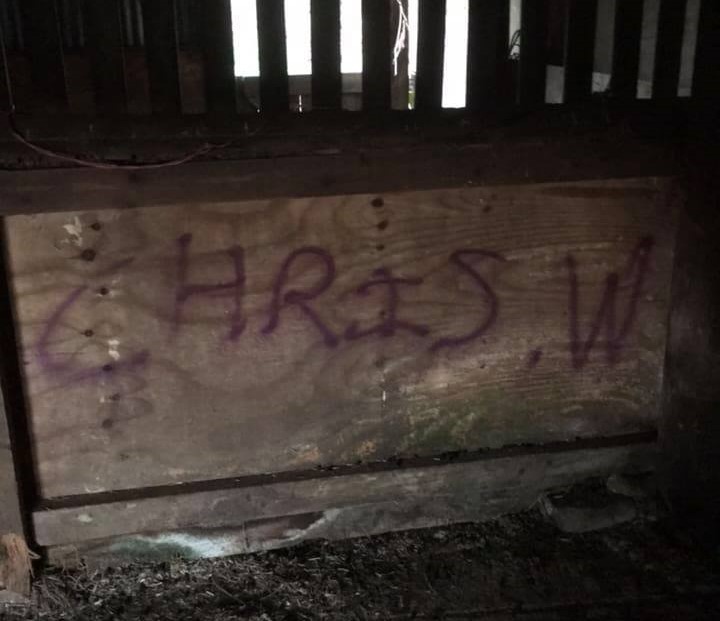 "The incident took place in fields adjacent to Everton Road in Hordle. Trees and a barn were also vandalised with the purple spray."

The owner of the animals has also called on local schools and parents to look out for young people with hands stained purple.