Firefighters were called out to a fire at a farm over the weekend - only to find that the blaze had been started by "pigs and a pedometer", according to the fire service in question.

The incident occurred in Bramham, near Tadcaster, in Yorkshire, England, when a crew from North Yorkshire Fire and Rescue Service attended a farm where a blaze had broken out in four pigpens.

In its report on the incident, the fire service noted that animal pens and straw were involved in the fire. 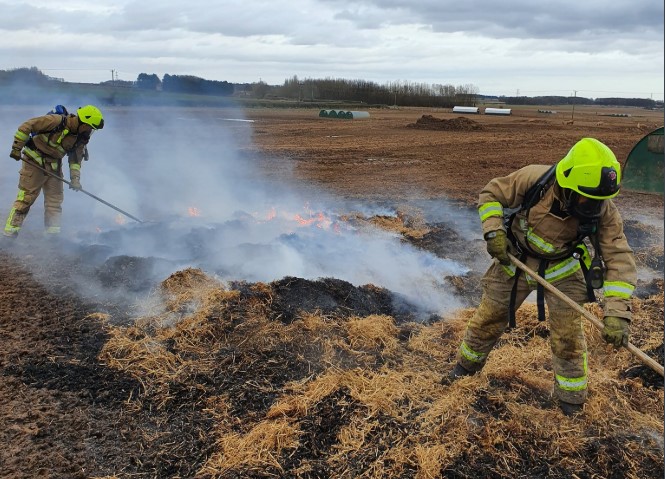 It assured that all animals were safe and unaffected by the fire.

A crew from nearby Knaresborough also assisted at the incident and the fire was extinguished using hose reels, the report stated. 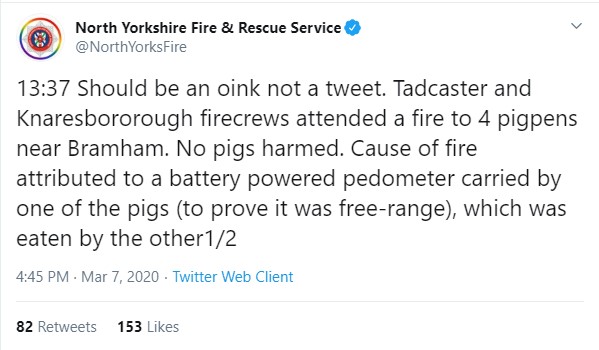 In a series of tweets on the matter, North Yorkshire Fire and Rescue said: "Should be an oink not a tweet.

Tadcaster and Knaresbororough firecrews attended a fire to four pigpens near Bramham, the tweet explained. 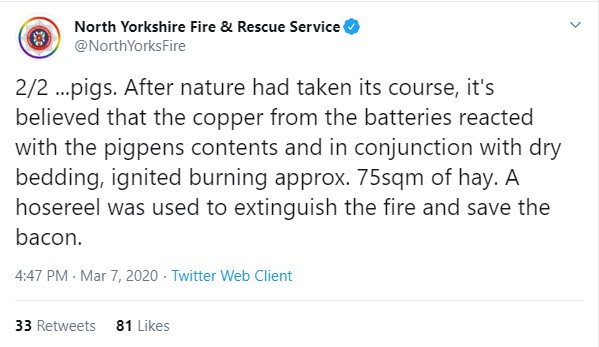 It was added that no pigs were harmed in the incident.

Cause of fire attributed to a battery powered pedometer carried by one of the pigs (to prove it was free-range), which was eaten by the other...pigs.

"After nature had taken its course, it's believed that the copper from the batteries reacted with the pigpen's contents and in conjunction with dry bedding, ignited burning approx. 75m² of hay," the tweet claimed.

"A hose reel was used to extinguish the fire and save the bacon," the fire service quipped.