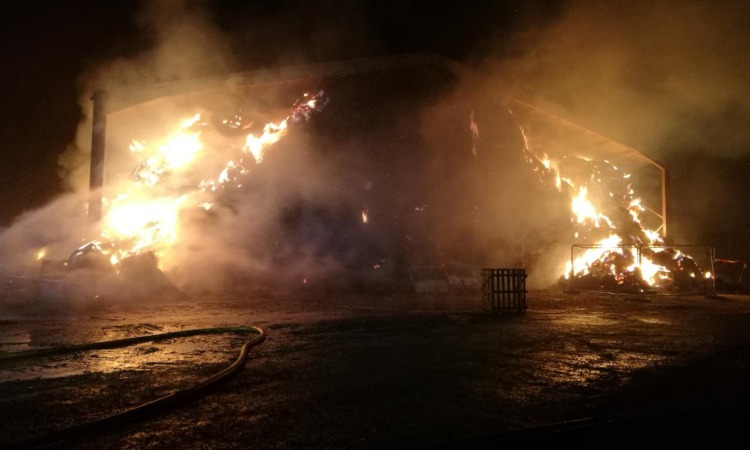 A farm building owned by engineer and founder of the Dyson electronics and technology firm, James Dyson, went up in smoke in a major fire in the UK this week.

The fire broke out in a building that is part of the Beeswax Dyson Farming – the farming enterprise owned by Dyson near East Ilsley, in Berkshire.

A straw shed was gutted in the blaze, which is suspected of being started deliberately in an arson attack.

2,500 bales of straw are believed to have been destroyed in the flames, which were discovered at approximately 10:00pm on Wednesday night (December 5).

Head of farming at Beeswax Dyson Farming, James Thompson, took to Twitter to express frustration and anger at the incident.

He tweeted: “Mindless vandalism last night as someone sets our straw barn on fire.” Following up on this, he confirmed that 2,500 bales were burnt in the flames.

He added: “Makes you both extremely angry and very sad, let alone the time wasted by the poor fire crews; seven engines all night trying to protect a nearby property.”

Thames Valley Police for South Oxon and Vale of White Horse issued an appeal for information following the incident.

“Officers are investigating a suspected arson to a barn near East Ilsley that occurred around 10:00pm, December 5.

Officers are investigating a suspected arson to a barn near East Ilsley that occurred around 2200hrs, 5th December.

If you witnessed any suspicious activity in the area please phone 101 quoting urn1358.

“If you witnessed any suspicious activity in the area please phone 101 quoting: URN1358.”

This is the latest in a series of suspected arson attacks on farms around the UK in recent months.