Farmer and haulier fined for transporting an unfit animal

A farmer and haulier in Northern Ireland have been fined for transporting an animal that was not fit for the journey.

Mark McCurdy, who is a farmer from Portbraddan Road, Bushmills in Co. Antrim was convicted at Coleraine Magistrates’ Court yesterday, March 3, on one charge of transporting an animal that was not fit for the journey.

Philip McCurdy, a haulier from Whitepark Road, Dunseverick, Bushmills in Co. Antrim was also convicted of one charge of transporting an animal that was not fit for the journey.

The charges were in relation to when the haulier had been transporting an animal to an abattoir in Northern Ireland for the farmer.

The Official Veterinarian (OV) at the abattoir described the condition of the animal as being not fit for transport.

In the opinion of the OV, the animal’s lameness was due to a fracture of the left femur and transporting it caused the animal severe pain and unnecessary suffering. 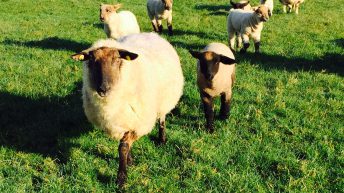