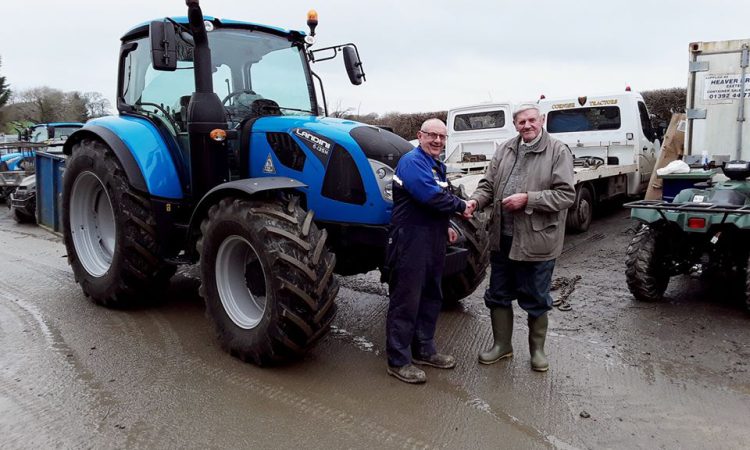 A farmer bought a new Landini 6-136H tractor – a present to himself for his 88th birthday last week in Cornwall, England.

“Mr. Cleave from Pyworthy, a longstanding customer of Cornish Tractors at Week St Mary, recently made a trip over to see Tim Ward to discuss the purchase of a new Landini tractor.

Noting that Cleave has been farming for 61 years at Great Knowle Farm, Pyworthy, Landini’s post added that he will “continue his daily work in his tractor, feeding up his sheep, delivering bales and haylage for horses to his customers in the local area, and during the season, turning and rowing up hay”.

In a brief biography, it was noted that Cleave’s first tractor, when starting out in 1959, was a David Brown 880.

“At the time he was really pleased with this little machine,” the post said, adding that times have moved on with the farmer’s new machine, however.

“Tim and the team at Cornish Tractors, and indeed us at the Landini UK & Ireland HQ, wish Mr. Cleave a happy birthday and hope he enjoys his new tractor – the special birthday treat that he bought himself,” the post concluded.