A Co. Tyrone farmer has been fined £1,000 (€1,138) today, after a slurry accident saw a teenage casual employee fall unconscious on his farm.

Charles Elkin of Mullagharn Road, Omagh, pleaded guilty of failing to maintain safe conditions on his farm at Dungannon Crown Court after a 14-year-old worker was found unconscious in a tractor that was mixing slurry inside a farm building.

The court heard how during the incident, which happened in August 2016, the 14-year-old had been asked to stay in the tractor while the slurry was being mixed and to switch it off if it started to overheat.

A spokeswoman for the Health and Safety Executive for Northern Ireland (HSENI) said: “The dangers of mixing slurry are well known in the farming industry, and this particular incident could easily have been avoided if the published safe system of work had been followed.”

She said: “Too many fatal incidents have occurred over recent years involving slurry mixing. Following the slurry mixing code can prevent accidents and save lives.

“Once mixing starts everyone should get out and stay out for at least 30 minutes.

In this case the farmer failed to follow the accepted advice, placing a young and inexperienced employee at significant risk from exposure to the potentially deadly gas produced during mixing. This incident was easily preventable.

It’s not the only slurry-related farm accident to happen in the county this year.

On the last day before this year’s closed period began two men in Fintona, Co. Tyrone were hospitalised and three animals died after inhaling toxic gases.

The men were overcome with fumes as they worked to put out slurry on Saturday, October 14.

The ban was first introduced in Northern Ireland in 2007, and has been widely criticised by farmers ever since. 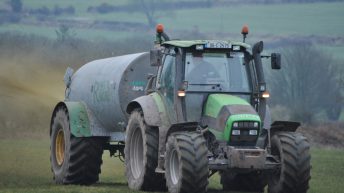 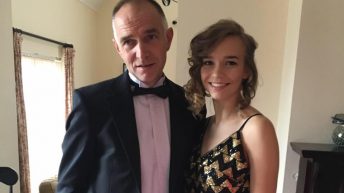 One year on: Alistair Sloss’ daughter relives the day a slurry tragedy took her father’s life