A Co. Antrim farmer has been fined £4,000 in court for causing unnecessary suffering to a bovine animal and for transporting the animal when it was not fit for the journey, the North’s Agricultural Department says.

This case involved the transport to an abattoir of a cow which was not fit for the journey, DARD says.

A DARD Veterinary Officer discovered that the cow had a large painful tumour which had completely destroyed its left eye at an ante-mortem inspection, it says.

The cow then collapsed and had to be euthanased immediately to prevent further suffering, DARD says.

The vet officer’s opinion was that the tumour had been present for a long time and the animal should have been euthanased earlier on the farm to prevent unnecessary suffering.

DARD says that it gives high priority to the welfare of animals and operates a rigorous enforcement policy to ensure full compliance of regulatory requirements.

Any breaches are investigated thoroughly and offenders prosecuted as necessary, it says. 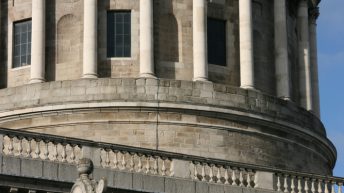