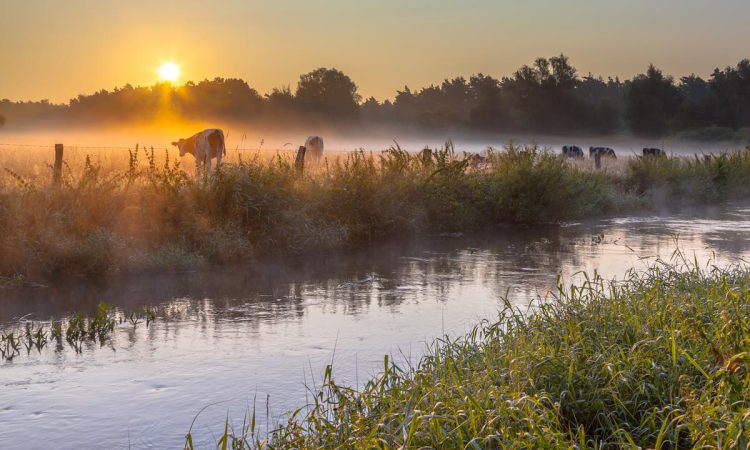 A farmer has been fined for allowing farm effluent to enter a waterway causing local pollution, according to the Department of Agriculture, Environment and Rural Affairs (DAERA).

The court heard how, on February 2, 2018, a water quality inspector, acting on behalf of the Northern Ireland Environment Agency, discovered a tributary of the Mill Burn was impacted by extensive growth of sewage fungus.

The inspector traced the fungus upstream to a discharge of farm effluent from a waterlogged field. Immediately upstream the waterway was clear of sewage fungus.

In accordance with procedures a statutory sample of the active discharge of farm effluent was collected, according to DAERA.

The sample of the discharge was analysed and found to contain poisonous, noxious, or polluting matter which was potentially harmful to fish life in the receiving waterway.

Effluents of this nature enrich fungus coverage on the bed of the watercourse which may lead to the destruction of fish spawning sites, as well as starving river invertebrates, on which fish feed, of oxygen, DAERA noted.

Anyone wishing to report a pollution incident can call the 24-hour Water Pollution Hotline on: 0800-807060.