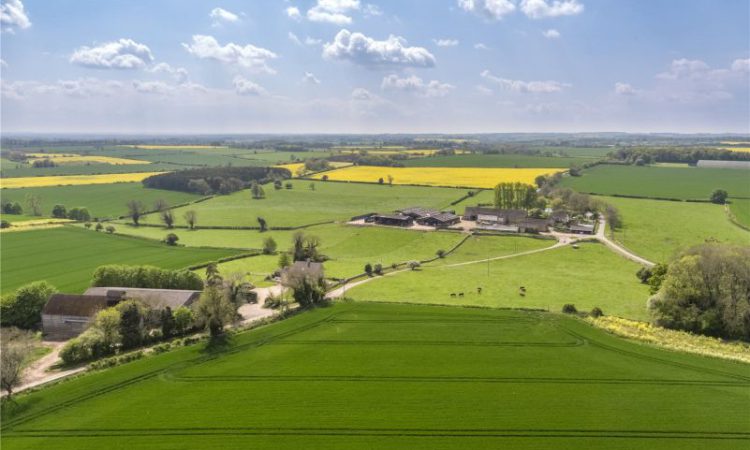 A new lobby group representing UK farmers is being launched today (Thursday, August 15) to warn against the risks of Brexit, particularly a ‘No-deal’.

‘Farmers for a People’s Vote’ will be launched at a press conference at The Farmers’ Club in London, and will feature the publication of a new report by Dr. Séan Rickard, former chief economist of the National Farmers’ Union (NFU).

The tone of the report is set in its title ‘No-deal: The Door to the Decimation of UK Farming’.

In its pages, Dr. Rickard details the devastating impacts he envisions a disastrous No-deal would have on UK farmers and the agricultural sector.

Most starkly, he claims that No-deal could put over 50% of UK farms out of business.

In an attention-grabbing stunt, the group will also herd a small flock of sheep past Government buildings.

The report claims that in the case of No-deal:

Dr. Séan Rickard said: “The campaign to leave the EU was based on the idea that the UK would quickly secure a comprehensive new trading relationship with Europe and that leaving would have only positive impacts on UK farming. But today the reality looks very different.

Boris Johnson has made it very clear that his over-riding priority as Prime Minister is to take the UK out of the EU by October 31, if necessary with no deal, no matter what the cost to the country’s economy and security.

“Many industries will suffer but the industry that would suffer the most serious economic shock will be agriculture.

“It is impossible to project the exact number of farmers who will go out of business. What we do know is that over 40% of them will have no net income if the basic payment is removed.

“If, at the same time, the Government removes all tariffs and so depresses prices, these two factors combined will render over 50% of farms in this country unviable.

The possibility of any compensation from the Government going anywhere near offsetting this is remote because so many promises have been made to so many other sectors and not all can be fulfilled.

“The agricultural sector in the UK faces significant challenges from No Deal, as tariffs and non-tariff barriers are erected to our exports at the same time as the UK Government lowers tariffs on imports from third country farmers.

“British farmers will be caught between increased competition from third countries importing produce to the UK, and increased difficulty and cost when exporting to our biggest market, the EU.

“Free Trade Agreements to reduce those barriers will take many years to negotiate. Coupled with the loss of the Basic Payment Scheme of support payments by 2022, the driving down of farm revenues means that more than half of farms could go out of business.”

Guto Bebb, Conservative MP for Aberconwy and a leading supporter of the People’s Vote campaign, said: “Farming is at the very heart of what makes this country great – to put that all at risk for the sake of pursuing a disastrous No-deal, for which, the public hasn’t given its consent would be an outrage against democracy.

“It would be a disgrace to democracy to impose No Deal on this country without the public having the final say, especially now that we know so much more about the consequences – particularly in the farming and agricultural sector, as this new report highlights.

The only way to resolve the Brexit crisis now is to call a People’s Vote and let the public decide for themselves where they want to go from here.

Other speakers at the Farmers for a People’s Vote launch include Jilly Greed, a cattle farmer and co-founder of Ladies in Beef.