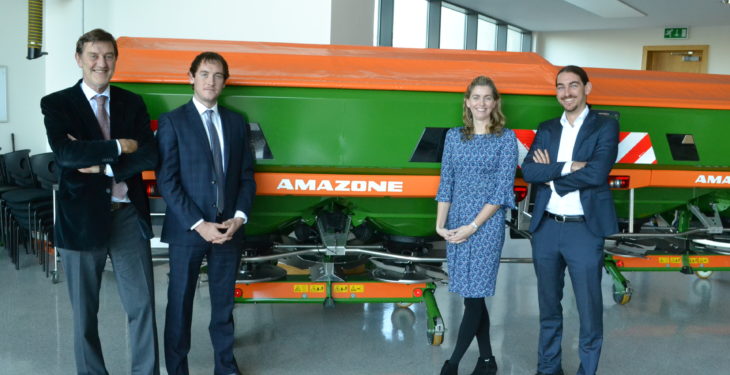 One of the last independent family-owned farm machinery distributors in the country, Farmhand is looking to expand its Damastown facility to incorporate more warehouse space for parts and a larger undercover area for machines.

It is also putting a greater emphasis on dealer training, with regular training courses run throughout the year.

Farmhand was set up in 1962 by Denis Scrivener. “After the war, he moved to Ireland and settled down. At first, Farmhand was a 50:50 partnership with Krone and was later bought out to be a 100% Scrivener-owned business,” said Stephen Scrivener, Denis’s grandson and marketing director.

Stephen’s father, John Scrivener, was managing director of Farmhand for over 40 years before retiring in 2016. Paul Scrivener, who has been involved in the business for 12 years, is now managing director. He was initially a truck driver before moving onto the role of area sales manager and then MD.

Sinead, who has been with the business for seven years, is parts director. She started as an area sales manager on the road for the Fastparts division of Farmhand. She then lived abroad for a number of years before returning in 2013 to head up the parts department.

Stephen began his time in Farmhand working in the despatch department, unloading trucks and doing truck deliveries. He moved to work in Canada for two years in 2013 before returning to the business in a marketing capacity in 2015.

The issues of succession and family relations have all worked out smoothly, according to Stephen. “We all have different views on how the business should operate and respect that in each other. I’m certain that any views from my siblings is out of love for the company and my dad feels the same. With this in mind, it’s overwhelmingly a pleasant experience working with family,” he said.

“The business began with Quicke loaders which were, and still are, a huge part of the business. Quicke is widely regarded as one of the best front-end loaders in the world and have been a great line for us. Since 1962, we estimate we have sold 35,000 units in Ireland,” said Stephen.

“Shortly after Quicke, we began our relationship with Krone. Uniquely, not only do we maintain close business ties but indeed, close family ties with the next generation Krone family. Not long after this, we again developed a relationship with the Dreyer family who own and run Amazone.”

Advertisement
The business, which has a turnover of €25 million, moved to a purpose-built Damastown, Dublin, facility in 2008, having occupied a site in Castleknock for 35 years.

“We are solely located in Damastown but have recently purchased the adjacent site and intend to expand into this in the coming years,” said Stephen.

“Our biggest part of the business would be Krone machinery. This represents approximately 50% of our turnover and has been a strong product range. Amazone and Quicke combined represent another important chunk of our business.

“I would say a star performer for us is our Fastparts division. Under Fastparts, we distribute 35,000 different lines of fast-moving, consumable parts throughout 400 dealers nationwide. This side of the business is growing rapidly and we are expanding our lines every day,” Stephen said.

Thanks to our innovative suppliers, we are constantly launching new machines. Last month we launched a new Quicke Q Series loader and this week are launching a new Amazone spreader, plough and disc harrow.

“In the coming months, we will be launching our state-of-the-art Fastparts webshop. This will allow our dealers to browse our catalogue, check stock and order instantly. We have invested a lot of resources into this and believe it to be a game changer.”

Farmhand works closely with its finance partner – Deutsche Leasing – to provide finance on all Amazone and Krone machinery. “Today, finance is a big part of the buying process and we think it is important to have a finance scheme with good rates that can work with our customers,” Stephen said.

“A trend that we are seeing more often is large, full-line corporations taking ownership of independent businesses and attempting to offer the farmer a full service. In theory, this sounds good but we are of the philosophy that a well-run, family-owned machinery dealer is better equipped to handle the needs of the farmer.

The independent dealer knows the locality, the people, the weather, the geography. All of this allows them to help deliver a service that has the needs of the farmer as its core. The family is at the heart of our suppliers, dealers and farmers across the country and we think this works well.

“We are not here to maximise profits – we are here to build a long-term sustainable business. We want to get the best possible product and service to the farmer and make sure we are both around for a long time,” Stephen said.

The family doesn’t come from a farming background but all grew up in the business. “Like farming, you don’t wake up one day and decide you want to be in a business. It is something that is a lifelong process that is developed and nurtured from an early age.” 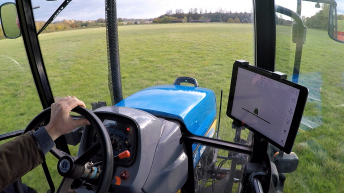