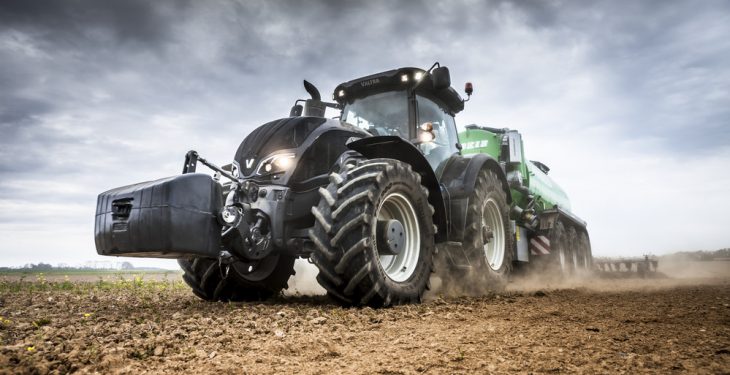 Producing 405hp and 1600Nm, the new flagship model not only offers more power but also comes with a revised user interface inside the air-suspended cab. The tractor comes with Valtra’s multi-function SmartTouch armrest controller. SmartTouch, which will be available on all 4th generation S Series models, allows for customisation of function buttons and user profiles.

Like its AGCO sibling – the range-topping Massey Ferguson 8740 – the new S394 brings Valtra into the 400hp segment.

Power is transmitted to the ground through the stepless AVT transmission. The operator can select from automatic pedal or lever driving modes, depending on whether he or she wants to optimise fuel efficiency, work output or driving comfort. A manual transmission control mode is also available.

The integrated linkages have a capacity of 12t at the rear and 5t at the front. The hydraulics produce up to 205L/min through a maximum of six valves at the rear and three up front.

Valtra’s TwinTrac reverse-drive system, which allows working in both forward and reverse, can be specified on the new model. It is especially useful, says the firm, for tasks such as mowing and wood-chipping. Working in reverse, claims Valtra, can save up to 10% in fuel and time – thanks to increased implement visibility and a better working position for the driver over the course of a long working day.

The drive-lever has programmable function buttons. The lever is positioned vertically on the armrest, to allow for a “natural hand position” when pushing or pulling the lever. The design allows the operator to rest his or her thumb, when not operating the rocker switches.

The soft rubber material is said to prevent the hand from slipping away from the lever. The whole lever moves both sideways and forward and back – sort of like a computer mouse.

Serial production of the new S Series models, including the S394, will be ramped up this summer. The new models will be available for test drives from September 2017. 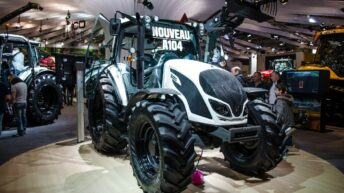