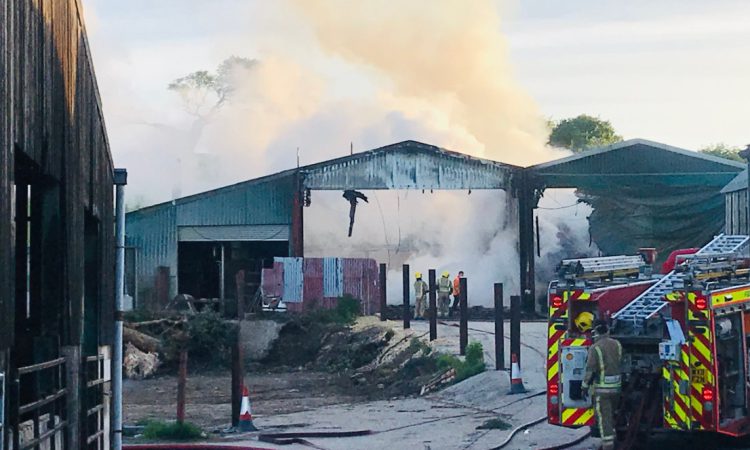 Firefighters were up against it earlier this week following a response to a fire affecting six barns on a premises in the UK.

Taking to social media, the Avon Fire and Rescue Service based in Kingswood Firestation, Gloucestershire, provided a brief summary of the incident which it attended on Monday, May 13.

“After a busy evening earlier on we are currently at a barn fire in Thornbury with the command unit,” the service social media account said.

0430- After a busy evening earlier on we are currently at a barn fire in Thornbury with the command unit. pic.twitter.com/oJ5bmX3JiA

In a statement on the matter, an Avon Fire and Rescue Service spokesperson said: “Crews from Thornbury, Patchway, Southmead, Avonmouth, Kingswood, Temple and Portishead fire stations were called to a barn fire that was affecting six barns.

“On arrival, firefighters used two 45mm jets to extinguish the fire and managed to contain the fire to two barns used to store wood chippings.

“The cause is currently unknown,” the representative added.

Meanwhile, last week on Monday, May 6, a separate incident occurred where two crews from Weston fire station were called to a shed fire that had began to spread.

On arrival, firefighters found the fire had spread to two more sheds and was affecting a building, fence and conservatory.

The cause is thought to be accidental and crews remained on scene to provide fire safety advice, according to Avon Fire Service.