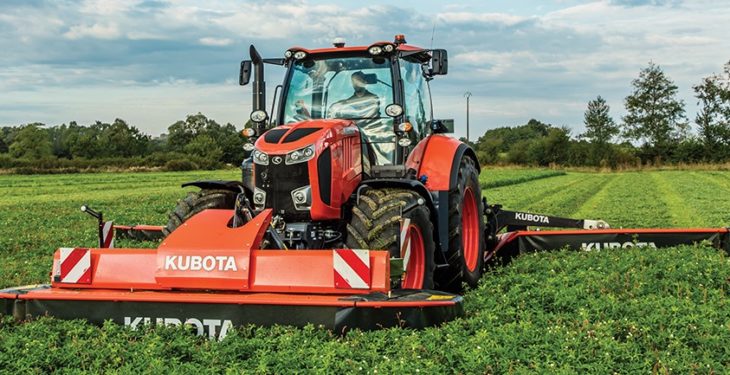 Yesterday (November 2) we brought you news of Kubota’s so-called KIP (Kubota Insight Program) events in Ireland – in which engineers from the factories visit countries like Ireland.

With the huge Agritechnica show looming large on the horizon, the manufacturer now looks set to roll out some new and updated products.

Among these is expected to be the new M7002 tractor line-up. This is likely to replace the current M7001 range (130-170hp). The M7001 line-up – currently Kubota’s most powerful tractor range – is built in France; the factory started producing these tractors in 2014.

Though not yet confirmed by Kubota, industry sources suggest that the new M7002 range will feature a new six-speed powershift transmission, a higher payload, improved joystick control and a headland management system that can do more than before.

There is also expected to be further improvements in the areas of sound-proofing and suspension. We expect to see a new air seat, with a so-called Dynamic Damping system. Electrically-adjusted mirrors will likely appear on the options list.

Gross vehicle weights will likely climb to 11.5t. The new-generation tractors will be available with larger tyres – 710/60 R38s will join the list of rear wheel/tyre options.

Sources suggest that a key feature of the M7002 line-up will be Kubota’s Tractor Implement Management (TIM) system. It will enable “intelligent communication between tractor and attachment” and allow some routine tasks to be largely automated.

It will employ ‘class 3’ ISOBUS technology.

Other Kubota innovations at Agritechnica will likely include its ‘e-spreader‘ – a hybrid fertiliser spreader that “combines mechanical and electrical energy”. The idea is to improve precision (of fertiliser placement). In fact, says the firm, up to 10% less fertiliser is needed – because less is wasted.

In a related theme, Kubota’s new ‘e-power‘ attachment system enables its tractors to power electric implements or machines on the rear. The system can be simply mounted onto the back of the tractor. Apparently no major tractor modifications are needed.

At the moment, up to two tractors can be controlled at the same time. The unmanned tractor is controlled via remote control, while the driver sits in the other autonomous unit and keeps an eye on everything. 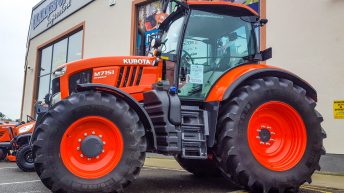 Pics: Kubota brings the ‘factory’ to farmers…here in Ireland