The Food and Drink Federation (FDF) has published a report which shows that exports of food and drink in the first half of the year fell for the first time since 2015.

The data shows that when compared to the same period last year, exports had fallen by 13.8%, to £9.7 billion.

Of the UK’s top 10 export product categories, only pork saw positive value growth (+17.5%) with sales of £300 million, largely driven by exports to China which purchased £132 million of UK pork.

Looking further ahead, the UK-Japan preferential trade agreement announced in September presents a key opportunity for exporters, with Japan currently the world’s largest net importer of agri-food and drink, and the UK’s 19th biggest market – worth £124.5 million.

Demand for imported food and drink in Japan is growing because of its ageing population and a continued shift toward western consumption patterns.

“A fall in exports in the first half of 2020 demonstrates the huge challenge currently facing UK food and drink exporters.

We also have serious concerns about our access to existing EU trade agreements, with more than £1.7 billion of UK exports at risk where continuity deals haven’t been agreed.

“However, there remain many opportunities overseas as we navigate our way through economic recovery, strengthen our resilience as an industry, and build relationships through new future trade agreements such as with Japan – the world’s biggest net importer of food and drink.

“Looking ahead, it is vital that we continue our work with government and industry partners to deliver sustainable export growth over the next few months and beyond the end of the transition period in January 2021 to ensure our industry has the support it needs.

“Our export guide, made in collaboration with other industry bodies, aims to help navigate businesses through the export process with a range of practical support and advice,” he concluded. 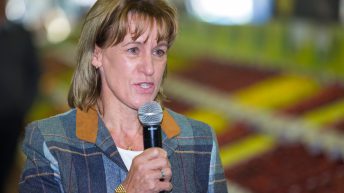