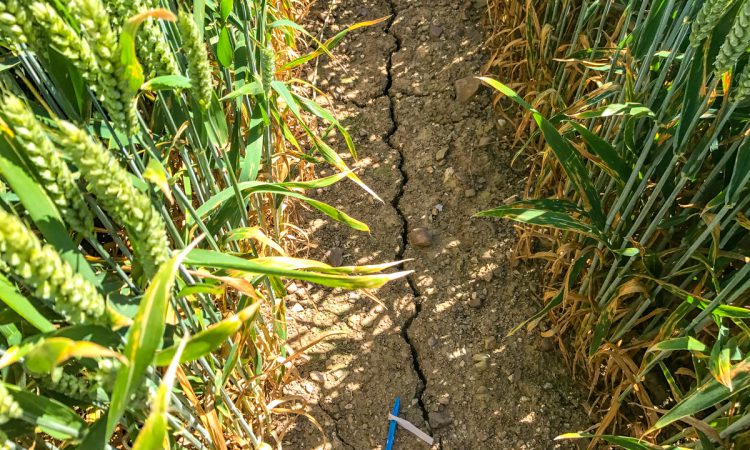 The French government is set to ask the European Commission for a payment of €1 billion to help its farmers deal with the prolonged spell of high temperatures.

According to a report by international news agency Reuters, France has already had to implement restrictions on water use in 73 of the 96 administrative departments in the country.

Didier Guillaume, France’s agriculture minister, told national newspaper Le Parisien: “We need to help struggling farmers on this difficult course, especially those who are struggling to feed animals or are already using hay stocks that were kept for this autumn winter.”

Guillaume is calling this his “plan of general mobilisation” for farmers who are facing difficulties in feeding animals.

He added that the practice of selling straw at “exorbitant rates” – which occurred last summer in France – is “not permissible”.

He argued that French farmers would need finance to restock after the summer, and said he would ask for 70% of France’s Common Agriculture Policy (CAP) allocation to be paid out in October.

Schemes will also be put in place to deal with the situation, according to Le Parisien, as well as a consultation with farmers, banks and insurance groups.

Guillaume says that he is aiming to establish “pooled insurance” in the event that farmers lose their harvest.

France will also pilot an improved system of rainwater collection and storage.

The current European heatwave is having a range of effects on agriculture across the continent, including the UK and Ireland, where the Irish Department of Agriculture, Food and the Marine announced yesterday, Monday, July 22, that the ban on moving ruminants to Europe would be extended for a further 48 hours.

The ban was originally announced on Friday, July 19, and introduced the following day.

In a statement, the department said: “In view of the forecasts of another severe heatwave, road transport of live ruminants to/through continental Europe is prohibited as and from tomorrow morning, Saturday, July 20, 2019, until further notice.”