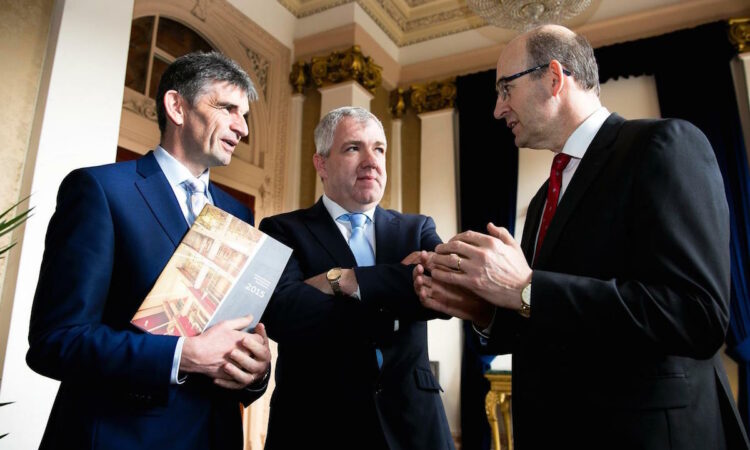 “I still believe there is still further correction required in the market regrettably. The markets are not in equilibrium. that is tough to say but we have to be realistic.”

Speaking at the co-ops annual results, he said that it looks like it will be 2017 before there is any real upturn in markets.

World milk markets have been falling since the first quarter of 2014, according to Woulfe, and this negativity will continue for another nine months.

While he said that the first quarter results for China’s volumes of dairy products are up, it’s not enough to rectify the reduced demand of recent months.

However, he did say that increased dairy volumes into Dairygold – an extra 182m litres of milk was taken in by Dairygold in 2015 – would be destined primarily for the Asian market.

“One fifth of the world’s population is in China and the per capita income is on the increase. Asia and China are our target markets.”

Dairygold has predicted that its supply volume will increase by 60% by 2020 and with supplies up 39% it says it will exceed that 60% increase if supplies continue. However, Woulfe said dairy prices are likely to temper supply.

Dairygold spent €20m propping up its milk price in the last 12 months. “The milk price was down, but the markets were down more.”

Farmers, he said have to understand costs and cashflow. “We will help our members to do this with extending credit and encouraging them through our advisory programmes to make sure people are able to manage cashflow.

The next few months, he said, will see cashflow stressed on many farms and it would be important for famers to identify it and defer what is not necessary spending and ensure they get through it.

“Milk that is being supplied to us is being produced in many cases at below cost. It behoves us to do what we can to support members. But we must have a sustainable business at the end of it.”

The impact of such support will be felt on operating profits but, he said, it’s a necessary move. Dairygold’s operating profit was €19.2m this year, down €9.4m on 2014 figures.

“We will lean our our business to support members. It’s in line with our ethos and it’s something we will deliberately do to support our members to the maximum extent. We’re doing it against a background that we are a member co-operative.

“We will shrink profits this year to ensure that members are sustained in whatever way possible. But we can’t wreck a business. We will be working to razor thin operating profit percentages.”

The main draws on the co-op, he said, would be to support member milk prices, extend credit, reduce costs within the co-op and remain prudent with capital.

Dairygold has been offering a fixed milk price scheme to suppliers, with 70% signed up. Under the scheme suppliers could lock in 15% of their milk at 33.5c/L for 18 months. It has also suspended its revolving fund, after milk prices fell below 30c/L.

From 2015, according to Woulfe, the journey for Dairygold means it now has an infrastructure in place that is as good as is available in any part of the globe and the co-op is now pursuing added value ingredients markets, in dairy nutrition and cheese. “Our future growth is about value added over the next five years,” he said.