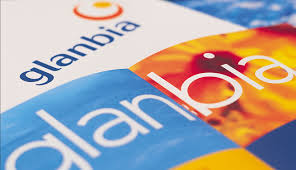 Members of Glanbia Co-operative Society Limited today (Thursday) approved the payment of over €32m to farmer members through 2015.

Over 6,200 farmers are eligible for these supports, according to Glanbia, which will be paid on milk and grain supplies in 2014 and 2015, as well a loyalty payment for 2014 feed and fertiliser purchases.

Commenting, Liam Herlihy, Chairman of Glanbia Co-op, said the Board is very pleased that the financial strength of our Society, with assets of €1.7bn, gives us the capability to support farmer members in 2015.

“We believe that our members will particularly value this €32m as market conditions are expected to be more challenging in 2015, than in recent times.

“We are truly on the cusp of an exciting new era of dairy expansion – which represents a significant growth opportunity for members and for the industry.

“With opportunities there will also be some challenges, however the Glanbia organisation is well equipped to assist our member suppliers in managing these challenges and the supports approved today provide very tangible benefits of membership to our farmer members.”

ICMSA President, John Comer, said that the proposed bonus was essentially, an internal matter for Glanbia Co-op but he stressed that this bonus could not at all diminish the obligation on GIIL to pay the highest milk price possible to all suppliers.

That, he observed, was their first obligation and had precedence over any type of selective bonus. He said that dairy market prices had noticeably rallied since Christmas – culminating in this week’s 9.4% surge in dairy auction index driven by butter and powders – and ICMSA was most concerned with ensuring that this rally fed through in the shape of the highest possible milk price as we faced into March and April and onwards to the peak-production months.