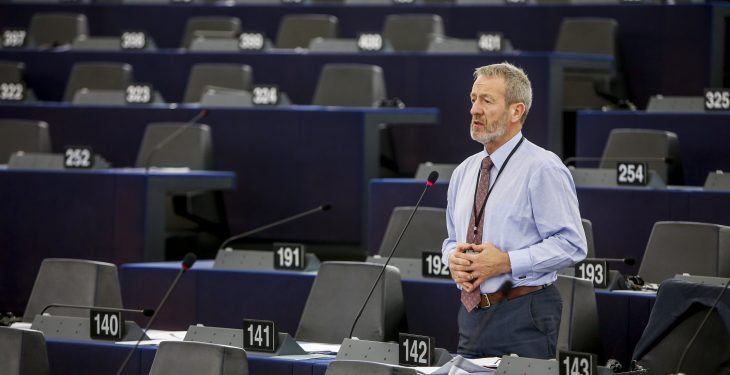 World leaders need to renew their enthusiasm in the New Year and deliver on their promises to tackle climate change, Irish MEP Sean Kelly has said.

Kelly made the comment this week, which is one year on from when he represented the European Parliament at the historic COP21 Climate Change conference in Paris.

“I left the Paris conference filled with enthusiasm and confidence that the challenge at hand could be overcome.

“We had just witnessed the reaching of an agreement at a truly global level – this was something unprecedented, something that many thought wasn’t possible, yet the potentially catastrophic consequences of failing to take action resonated with the delegations present and a deal was reached.”

The key point of the deal was simple – keep global average temperature increases to well below 2 degrees Celsius, while striving to keep increases even below 1.5 degrees.

“It is an objective that is ambitious and one that will no doubt be difficult to reach, but it is one that is absolutely necessary.”

Attending COP22 in Marrakesh a little over a month ago, Kelly said that it was clear that most countries are prepared to take action and increase their ambition to combat the threat of climate change, however such commitments to take action are generally made on the condition that other countries would show a similar level of ambition.

“No country – least of all any of the biggest emitters – can be allowed to roll back on its pledges.

“That was, for me, the most alarming thing about Donald Trump’s victory in the US Presidential election – a man who calls global warming a hoax.”

What Mr. Trump fails to realise is that we are heading towards a climate disaster. He dismisses global warming as not real – frankly, he is wrong.

We have already seen a rise of 1 degrees in global average temperatures since the industrial revolution, with 16 of the 17 hottest years on record having been this century (the other was 1998), Kelly said.

“My fear is that any failure to deliver on that would lead to a chain reaction whereby other competitors would revise their commitments downwards to safeguard the competitiveness of their key sectors vis-a-vis those of the US.

“Such a scenario would be a disaster, but thankfully global leaders have taken a firm stance with the US on the issue. We need to reaffirm our enthusiasm in 2017 and ensure we deliver on our climate change promises,” he said.