The Countryside Alliance has welcomed the decision by the Government to separate the two parts of the draft Animal Welfare Bill.

Following consultation, the Government has acknowledged it needs more time to “further refine the proposals on sentience” but will bring forward separate legislation to increase maximum sentences for animal cruelty offences from six months to five years in prison.

The draft bill was published shortly before Christmas by the Environment Secretary, Michael Gove, in response to concerns that the legal duty to have regard to animal welfare when making and implementing policy would be lost when the UK leaves the EU.

While the Countryside Alliance recognises the fact that animals are sentient beings, it raised concerns about creating an open-ended duty on ministers to have regard to animal welfare across all government policy, without any clear definition or limit.

The Countryside Alliance supported plans to increase sentencing for the most serious animal welfare offences but stressed the need for the Crown Prosecution Service to play a more active role in prosecution to avoid giving even greater power to private charities, such as the RSPCA.

Countryside Alliance chief executive, Tim Bonner, said: “Bringing forward such a broad piece of animal welfare legislation in this Parliament was always going to be difficult and time-consuming, and we are pleased that the Government appears to have recognised these concerns in their new approach.

The vast majority of the 73,000 responses to the consultation were generated by online platforms, highlighting that much of the concern around animal sentience has been manufactured by social media animal rights activism.

“This cannot be the basis for legislating and we will continue to work with the Government to ensure that sensible and practical proposals are brought forward on both sentencing and sentience.” 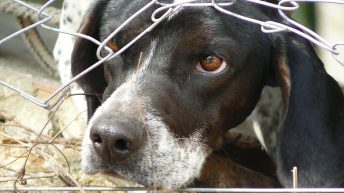