Grain price: Fall from last week; UK has over 1 million tonnes to export 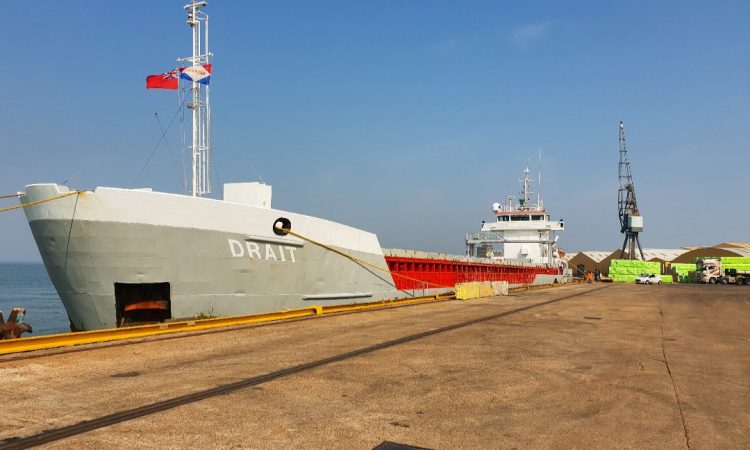 Keeping an eye on what’s happening around the world may help to give some idea of what will happen to grain markets.

MATIF wheat for December dropped €1.75/t in the week, while Free-On-Board (FOB Creil) malting barley continued with what now looks to be an almost weekly drop of €1/t to €159.00/t.

The average malting barley price – obtained from the FOB Creil price – for Boortmalt suppliers is now at €176.62/t.

The UK now estimates its barley crop at 7.3 million tonnes for the 2019/2020 season. According to the Agriculture and Horticulture Development Board (AHDB) average domestic usage of barley in the country is 5.9 million tonnes (three-year average).

This means that over 1 million tonnes are available for export and as the EU is the biggest export market the UK has – it accounts for 94% of the country’s barley exports; it will no doubt be trying to off-load some of that barley before October 31.

An announcement from President Trump in the US on Thursday, August 29, may help corn markets to hold their recent jump.

In a tweet he stated: “The farmers are going to be so happy when they see what we are doing for ethanol, not even including the E-15, year round, which is already done.

“It will be a giant package, get ready! At the same time I was able to save the small refineries from certain closing. Great for all!”

A return of some corn to the ethanol market would no doubt help to keep corn away from the feed market, which could be a good thing for Irish tillage farmers.

In Canada, the wheat harvest has been estimated down by 2.9% on last year, according to Statistics Canada. That’s a drop of 900,000t to 31.25 million tonnes. 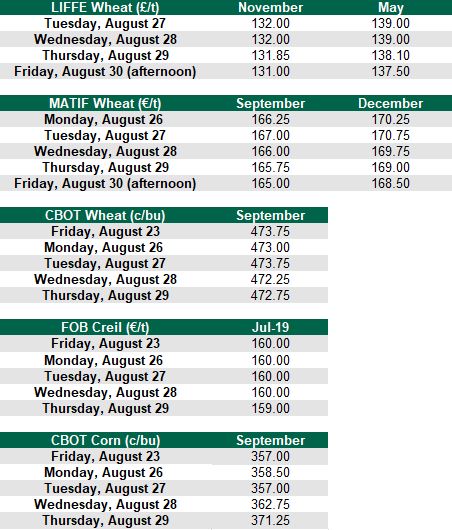