Home » Agri-Business » Grain price: No sign of anything to shake up markets

Grain price: No sign of anything to shake up markets 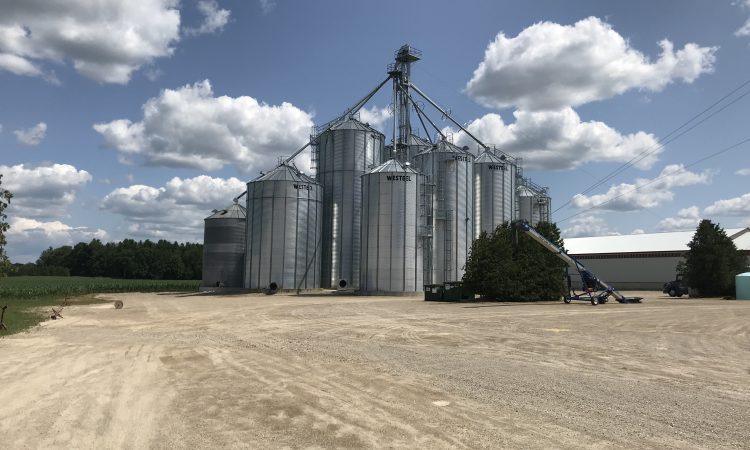 As the harvest progresses, Irish farmers are still awaiting a price for their grain and as the European harvest continues at full throttle, there is nothing to suggest a major shake up in the market.

As of July 29, FranceAgriMer reported that 87% of the wheat harvest and 92% of the barley harvest were completed in the country. Across the water in the UK, the Agriculture and Horticulture Development Board (AHDB) and ADAS put the percentages of the areas of winter barley and oilseed rape harvested at 49% and 31% respectively.

On Thursday, August 1, Agritel reported that the harvest of wheat (87% harvested), barley (89% harvested) and rapeseed (98% harvested) is almost finished in Ukraine; while in Russia approximately 44% of wheat was estimated to be harvested, followed by 23.8% of barley and 10.3% of rapeseed.

Global wheat production remains at record levels, despite a cut of six million tonnes in the global wheat supply estimate by the International Grains Council. The forecast for Russian exports was also cut by 6.2 million tonnes by SovEcon.

Free-On-Board (FOB) Creil remained low this week, having hit €165.00/t on Friday, July 26. The malting barley price remained in this position on Wednesday, July 31, before dropping a further €2/t on Thursday. A good harvest on the continent – which is drawing to a close in France – will not lend any help to this price.

The uncertainty over planting area in the US and Canada will continue until late August when figures will be released. In the meantime, crops, while obviously behind on other years, following late planting, are in good condition.

AgriLand visited Canada last week – Ireland is Canada’s number one customer for corn – and crops were uneven and behind in growth stages due to late planting. However, in the area of Ontario visited, there were very few crops which had failed to emerge following the wet spring. 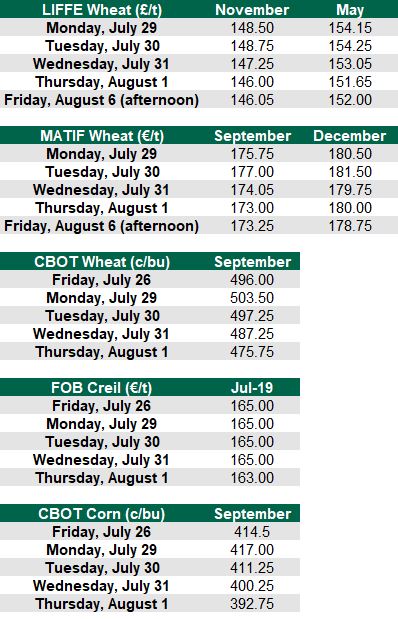