There wasn't much of a shake on grain markets this week as LIFFE, MATIF and CBOT all stayed similar to last week. However, there was plenty of data released to paint a picture of what's going on around the world.

The Agriculture and Horticulture Development Board (AHDB) in the UK has reported increased exports of barley from the country so far this season.

In fact, UK barley exports totaled 341,000t in September. This is slightly lower than the cumulative exports from July to September in 2015/2016.

So far this season, 671,600t of barley have been exported from the UK - that's 78% of last season's total barley exports in just three months.

94% of this barley went to the EU. The October Brexit deadline no doubt had a role to play in the quick movement of the product.

The French farm ministry revised the country's soft wheat production for 2019 which was down this week. This, according to Reuters, was due to a downward area revision.

Despite the drop, the crop is still estimated to be the second-largest on record. The record was set in 2015 when 40.9 million tonnes were produced.

This week's report estimated soft wheat production at 39.5 million tonnes, down by approximately 200,000t from last month. This is due to a 38,000ha reduction in the area of the crop submitted to claim EU payments.

The maize harvest continues in France and is expected to be 10% below the five-year average. The French ministry estimated corn production up this week, to 12.6 million tonnes, an increase of approximately 100,000t on last month. This is thought to be due to higher yields.

Reduced area, due to drought at sowing, has resulted in reduced rapeseed production, which is now estimated 33.6% below the five-year average. 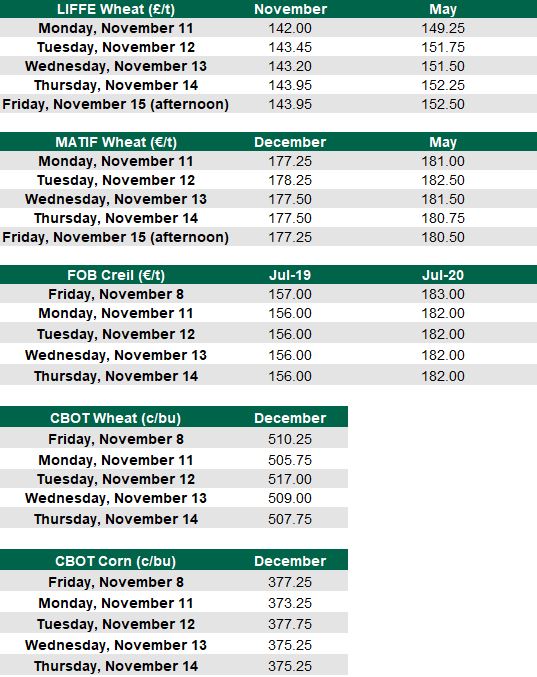