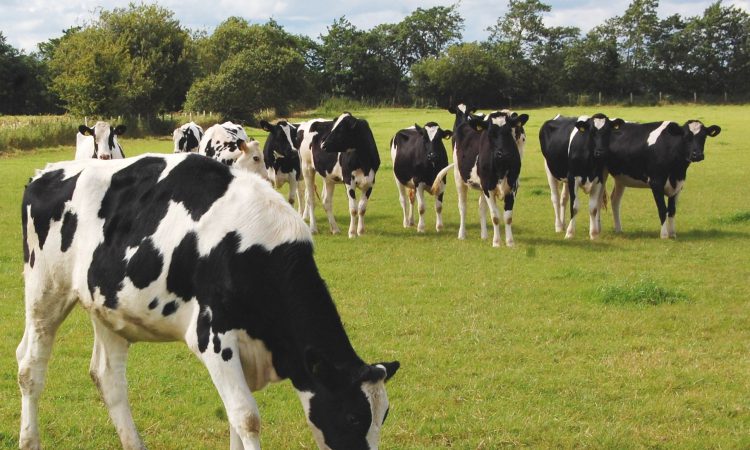 The rearing of heifers contributes a significant cost to dairy systems, yet can be the most commonly overlooked component. Grazing targets play a key role in producing high-quality replacement heifers.

Grazed grass is high in protein

The good news is that grazed grass provides a high protein, low fat diet, and remains the cheapest source of high quality feed.

Pasture allocation is recognised as a key factor in animal production due to its effect on herbage intake.

Pasture allowance will also affect pasture utilisation and the nutritional value of the sward in subsequent rotations.

The objective of a recent AFBI study was to investigate the optimum pasture allowance for replacement dairy heifers, to achieve optimal animal and pasture performance.

The work involved 72 autumn-born Holstein heifers, which were assigned to three pasture allowance (PA) treatments at 1.8%, 2.4% and 3.0% of live weight (LW) allowance of grazed grass per day.

There were nine groups of eight heifers, which were on average five months old and 155kg at the start of the study.

Each group of heifers had a rotation of seven paddocks and paddock area was allocated based on grass availability and target allowances.

The study ran for 159 days. Heifer live weight and body condition score were recorded on a fortnightly basis.

Compressed sward heights were measured with a rising plate meter and recorded on animal entry and exit to each paddock.

The results achieved from the trial were extremely interesting. Specifically, the average live weight gain of the heifers on the 1.8%, 2.4% and 3.0% treatments across the season, was 0.64kg, 0.75kg and 0.82kg/day, respectively.

However no significant difference was observed in either pasture production or quality across the three treatments.

The trial confirmed that allocating a higher allowance of grass to heifers can improve performance while not affecting the amount or quality of the grass grown.

Increasing pasture allowance from 1.8% to 3.0% improved live weight gain by 0.18kg/day across the season. However pasture utilisation decreased by 14.2%.

Therefore, the practical conclusion is that a pasture allowance in the region of 2.4% of herbage dry matter (DM) per kg of live weight, is the optimal compromise between animal and pasture performance.