Beingmate Baby and Child Food company shares have fallen to their lowest since February 2013 after what is being dubbed the ‘Great Fall of China’.

This drop is on the back of Beingmate’s shares recovering after more than halving in July, but have declined 19% in the latest Chinese equity selloff, it says.

Kerry CEO for Asia Edmond Scanlon said at the time that the unveiling of the new brand represents the culmination of a 12-year relationship with Beingmate and a €100m investment programme on Kerry’s part.

“The new product is the first infant milk formula to be wholly developed and manufactured by an Irish business.

“Our new plant at Charleville has a 15,000t capacity and it is our intention to secure this level of throughout as quickly as possible,” he said.

Fonterra has also been affected by the tumbling shares; according to NZ City more than NZ$200m off Fonterra’s investment in the infant formula maker. 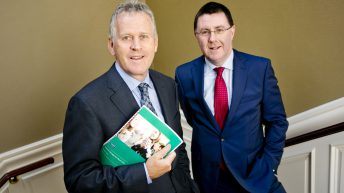