Green diesel prices highest in Connacht, 7.5% above the national average 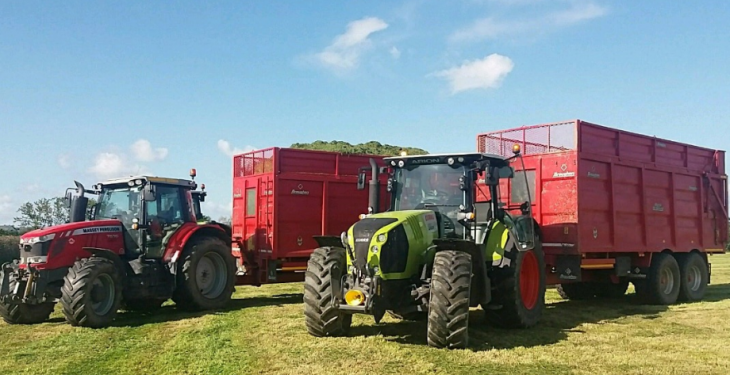 Green diesel (agricultural diesel) prices continue to be highest in the Connacht region, standing 7.5% above the national average, according to a fuel survey carried out by the Irish Farmers’ Association (IFA).

A marginal fall in all fuel type prices has been witnessed in the most recent fuel survey, the IFA’s Inputs Project Team Chairman, John Coughlan, explained.

The results show that the average cost of green diesel is now 62.43c/L, with farmers paying 117c/L for car diesel and 57c/L for kerosene.

Figures show that Connacht continues to be the area where farmers pay the most for fuel.

Farmers in Co. Leitrim pay almost 75c/L for green diesel, while farmers in Co. Mayo pay up to 123c/L for car diesel.

This is 10c/L more than farmers in midland and southern counties are being charged, the IFA added.

According to Coughlan, this survey highlights the need for farmers to challenge fuel retailers when buying diesel and kerosene.

The variation in fuel prices from county-to-county cannot be simply explained by transport costs.

“Every cost inside the farm gate must be challenged, including fuel bills,” he said.

The results of the survey show that the price of green diesel is substantially higher in Connacht than any other region in Ireland.

This was 3% above the national average and 2.81c/L below the price paid by farmers in Connacht.

However, the average price in these three counties is distorted by the fact that farmers in Donegal pay 75c/L for green diesel – compared to a price closer to 59c/L in counties Cavan and Monaghan.

Meanwhile, farmers in the 12 counties of Leinster pay an average of 61.29c/L for green diesel, IFA figures show.

Farmers in Leinster pay 1.8% below the national average price of green diesel, a difference of 1.14c/L.

However, the price of diesel was lowest in the Munster region – dropping to an average of 59.67c/L.

Prices for green diesel in Munster ranged from as low as 56c/L in south Co. Tipperary to 61c/L in Co. Clare.

There is a price difference of 7.44c/L between what farmers in Munster pay for green diesel, compared to their counterparts in Connacht.

In Ireland the price of green or agricultural diesel ranged from 56c/L to as high as 75c/L, a difference of 19c/L.