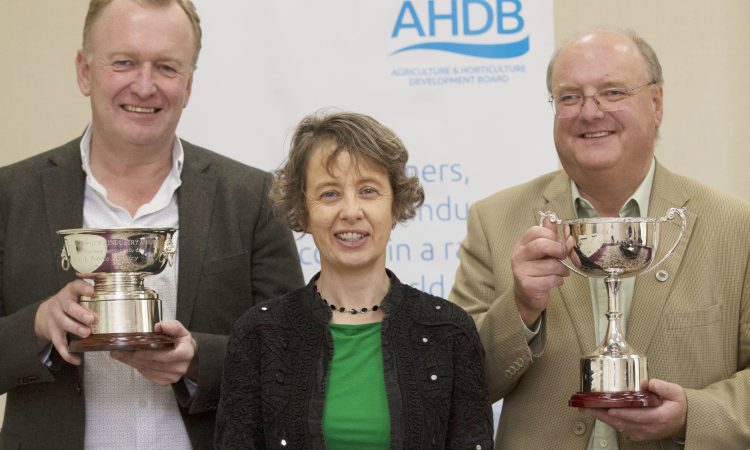 One of Britain’s most innovative potato breeders was last night presented with the Potato Industry Award, an annual accolade presented each year for the very highest standards in the industry by AHDB.

Doug Harley, who heads up Cygnet PB, received the award at the Seed Industry Event in St Andrew’s.

Seed sales manager Croft took home the Above and Beyond Award which recognises those unsung potato heroes who go that extra mile to make a positive impact on the potato supply chain.

AHDB Potatoes Sector Board chairman Sophie Churchill, who presented the awards, said: “Doug Harley has long been at the forefront of seed potato production and breeding, not just here in Britain, but also internationally.

“Not only that, but he has also been committed to driving the industry forward through his leadership on our key industry bodies. He is an undoubtedly deserved winner of the Potato Industry Award.”

After completing a degree in Agriculture in Aberdeen Doug joined the family business – Alexander Harley Seed Ltd based in Kinross, Scotland – and later launched the Cygnet brand, which focused on limited generation seed production on a commercial scale.

This was a truly innovative process as it drastically reduced the number of generations of potato seed which needed to be grown before it could be used as a commercial crop.

Doug said: “The old system took nine generations before you could use the seed commercially, the mini tuber technology we pioneered allowed us to multiply up seed in a disease-free environment, decrease the number of generations needed to three, and at the same time reduce disease and increase yields.”

The business has changed significantly in the years Doug has been at the helm, and they now breed, produce and export both seed and ware potatoes across the world.

“New potato varieties, like the recently launched Kingsman, which can be used as a fresh or processing variety and grows equally well in cool and hot climates, help them satisfy such varied markets.

Doug said: “I’m honoured to receive this award. I have watched a few of my peers win and to be among such an illustrious group is a privilege.

“I feel I still have a lot more to achieve and I have absolutely no intention of slowing down any time soon.”

Above and Beyond Award

Gerard Croft, seed sales manager for Greenvale AP, is the third ever winner of AHDB’s Above and Beyond Award.

Gerard has spent his entire 36-year career in the seed potato sector after studying Agricultural Botany at Nottingham University.

He initially worked for Pattullo Higgs and stayed with the company when they were taken over by Greenvale AP. 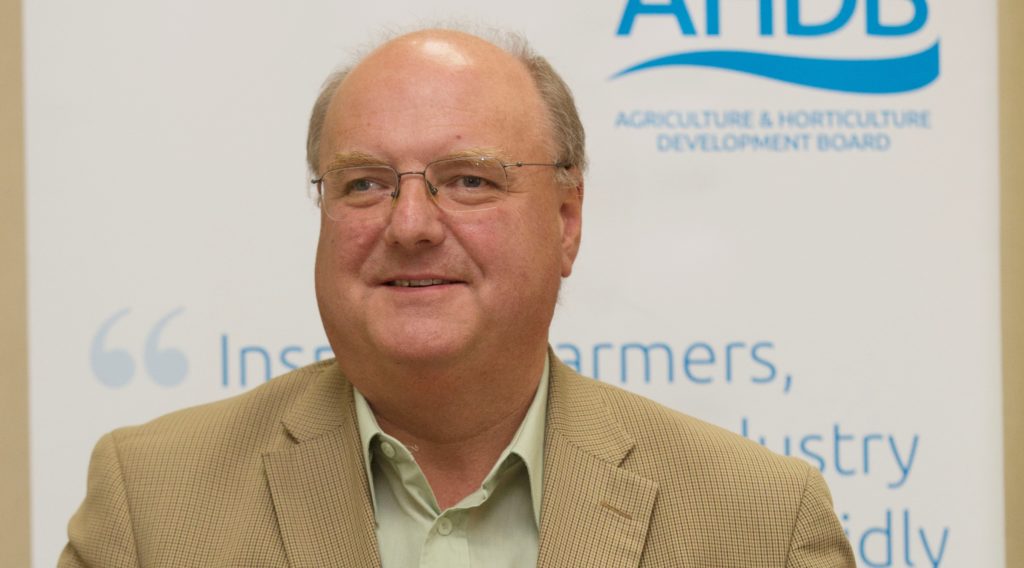 Based in Yorkshire his current work involves the marketing of seed of new and existing potato varieties.

Hugely committed to the industry, Gerard was instrumental in the foundation of the British Potato Trade Association, was president from 2010 to 2012.

During this time, he oversaw the rewriting of the seed terms and conditions and now chairs the Legal Committee.

“I’m delighted to have won this award,” he said. “I’ve always been passionate about seed potatoes and over the years I’ve always really enjoyed being a part of teams bringing new and improved varieties to market.

“I was involved with Cara in the early days, helped Caithness establish their variety Harmony and more recently have worked with HZPC in developing their variety Sagitta.

“Establishing new varieties brings together a lot of my skills, like sales, science and agronomy, and seeing those varieties succeed is a great reward.”

AHDB Potatoes Sector Board Chair, Sophie Churchill added: “Gerard Croft is the absolute epitome of the Above and Beyond Award, having spent many years working tirelessly on behalf of the industry and never expecting anything in return.

Doug and Gerard received their Awards at this year’s Seed Industry Event held in St Andrew’s on Thursday, November 15.