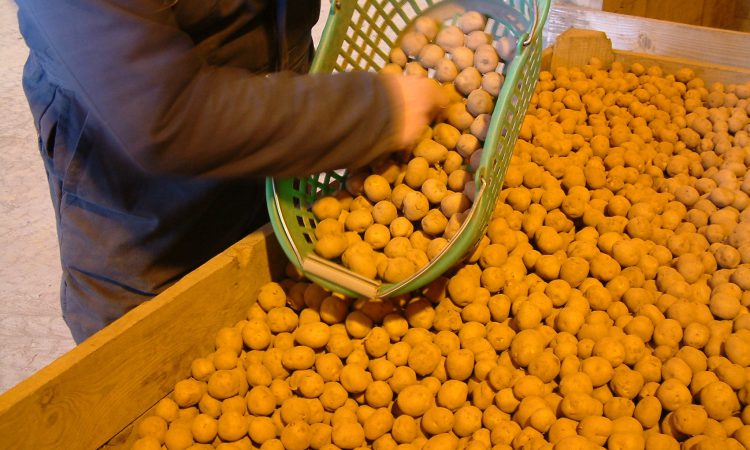 British seed growers are being asked to share their feedback on potential changes to the scope of the Safe Haven Standards, the seed potato assurance scheme run by Red Tractor.

The standards promote best practice in key areas of seed production to protect the industry against incursions of bacterial ring rot or Dickeya.

The review will consider whether the current standards are fit for purpose, as well as identifying potential new areas to bring into the scheme. Seed growers will be able to share their views on the standards using an online questionnaire from December 7 until February 7.

Vicky Smith, technical manager for Red Tractor, said: “At Red Tractor, all of our assurance schemes are reviewed regularly to ensure they offer the best possible protection for growers.

“With Brexit approaching, and with it potential changes to our trading relationships, this seemed the ideal time to consider the current remit of the Safe Haven scheme and whether we can strengthen it further – both in terms of the protection if offers from diseases, but also in enhancing the reputation of British seed.”

AHDB head of crop trade market development Rob Burns has long supported the Safe Haven Standards, and over the years has seen the scheme’s value increase in the eyes of potential customers.

In my role, I travel widely working with foreign countries to open new markets for seed potatoes and many of the nations we deal with have a lot of respect for the Safe Haven Standards and the protection it brings.

“However, we are often asked about whether the scheme covers other diseases, such as silver scurf or black dot, or even more exotic pests and diseases like epitrix or zebra chip.

“For some potential trading relationships, a broader scheme could be even more attractive, which is why I think the review is important, and that growers should engage with it.

“There was a first round of productive discussions at the recent Seed Industry Event in St. Andrews where some felt that concentrating on core attributes of the current scheme was the priority whereas some could see a benefit in extending the range of pests and pathogens covered.

The Safe Haven Standards were initially introduced after a ring rot outbreak in England and Wales in 2003 from seed sourced from the Netherlands.

The scheme was later widened to include Dickeya and has been largely successful at protecting GB seed stocks from these diseases with 60% of growers certified (by area) under the Safe Haven Standards.

“We are keen to hear from all seed producers,” Vicky Smith added. “Whether they are members of the Standards or not, and we will use their feedback to shape discussions on the updated scheme.”

Growers can contribute their views until the questionnaire closing date of February 7. Afterwards, Red Tractor will work with organisations such as AHDB and the James Hutton Institute on an updated version of the standards. That new scheme will then go out for official industry consultation in the autumn of 2019.

The questionnaire can be accessed on the AHDB Potatoes website.