Guinness has announced that it's recalling its alcohol-free stout in the UK "as a precaution".

It says it's due to a microbiological contamination issue with its Guinness 0.0 cans which "may make some cans unsafe to drink".

It's urging people who purchased this product in the UK to return it to the point of purchase for a full refund. 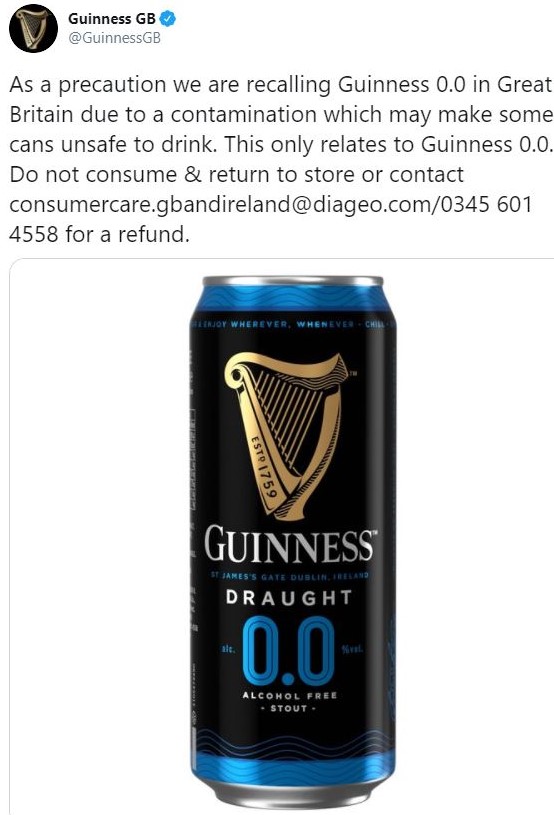 The company has said in a social media post today (Wednesday November 11) that it's an "isolated" issue and no other Guinness brands are affected.

A microbiological contamination occurred during the production process and Guinness said it has a team working hard to investigate and determine the root cause.

Guinness is working with the supermarkets and other retailers to remove all stock from shelves and communicate the product recall to consumers.

Guinness 0.0 is a new product manufactured in a different way from other Guinness variants. The company said it has also informed the relevant authorities.

According to Guinness, production will only recommence when it is completely satisfied that it has eliminated the root cause of the issue and the product meets the highest standards of quality.

Guinness had just launched its new alcohol-free stout in the UK in the past month, after years of development.

The product is not currently available in Ireland.