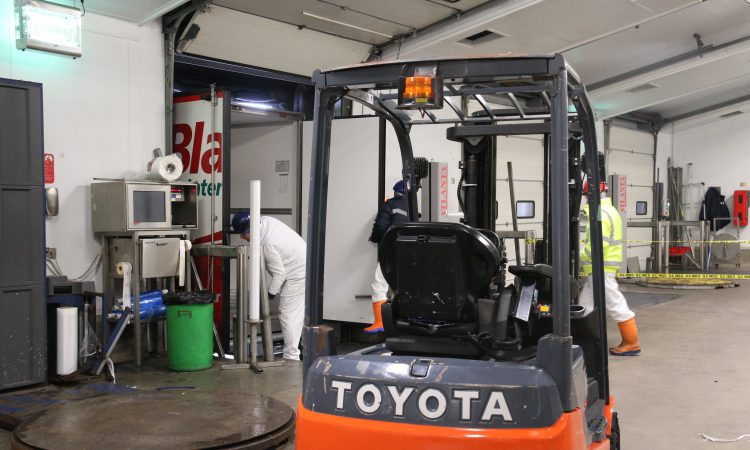 With additional reporting by Sylvester Phelan

Hauliers claim vital parts of UK customs guidance were not made public until just hours before the Brexit transition period ended on December 31, as UK and Irish supply chains descend into chaos.

Over the last few days, there have been numerous reports of lorries being turned away from ports and images of empty supermarket shelves circulating on social media.

One story shared online claimed that oranges arriving at a Tesco depot in Northern Ireland had to be dumped because they had started to rot by the time they arrived.

Seamus Leheny of Logistics UK, a body representing between 350 and 380 hauliers, said some lorry drivers have had to turn to online ‘how to’ videos to find out how to fill out the paperwork.

“It hasn’t been plain sailing,” Leheny told an emergency meeting of the Stormont Agriculture Committee held on Thursday (January 7).

“With such a short period of time for businesses to prepare, there were always going to be problems. We were drip-fed different derogations or bits of guidance.

Some of the guidance wasn’t published until December 31, so some operators had less than 24 hours to know exactly what they were going to have to do on New Year’s Day and that’s a problem we have said about for a long time.

“For the magnitude of this change in trading conditions we at least need six clear months to prepare us – and six months would be putting it at a push; ideally, we would need a year.”

“If we are facing these problems now what are we going to face when the flexibility period ends in three months, and we are left with full implementation?” DUP MLA William Irvine asked. “…The magnitude of this is unbelievable”.

Leheny explained most problems were connected to two areas – customs and Sanitary and Phytosanitary Certificate (SPS) checks on agri-food movements. He said one local haulage company had nine trailers stopped on Sunday (January 10).

“Some operators are faring better than others,” he said. “They didn’t have their pre-notification done.

Thankfully, with guidance from a DAERA veterinary official and with a video that they found online on how to complete the entries, they were able to do that. Thankfully, their movements are now going okay.

“I think there has been a failure of a lot of companies in Great Britain (GB) to understand the requirements – and that comes from SME businesses right up to large blue-chip businesses.

“Indeed, I have been contacted by companies in GB who have a commercial presence here who weren’t aware any of these procedures were needed and there was a panic there to get these systems in place and get the documentation done.”

He added that there are reports that one of the customs clearance providers affiliated to the Trader Support Service was working “around two days behind target”.

Meanwhile, he said that helpline staff with a poor understanding of the industry were struggling to give hauliers the answers needed.

“They have been simply overwhelmed by the work, and I think that is the case right across industry – particularly in GB,” Leheny said.

“People haven’t been aware of the volume of [administration] that this is going to involved.

A lot of businesses were told technology is going to solve everything and remove friction from customs but that myth has been disproven.

“You cannot simply wish away additional admin when you implement customs controls anywhere in the world.”

“I think from an EU perspective, and from a British perspective, actually Irish businesses were better prepared than their counterparts in the UK,” he said.

“And we’ve seen the consequences of that in terms of partly empty supermarket shelves in certain parts of Ireland – north and south – because of the new realities that some exporters and importers simply weren’t ready for.

“But that is the reality that we now have to think about, plan for and build our businesses around.

“When I say businesses, I’m talking about farm families because ultimately, if there is not an end consumer to purchase the beef, the dairy, the sheep, pigs and poultry – or whatever you produce – in terms of end products, then that is going to undermine farm prices; which is ultimately what we want to keep as strong as we possibly can.”