Home » Machinery » Have you ever seen a self-propelled silage ‘merger’?

Have you ever seen a self-propelled silage ‘merger’? 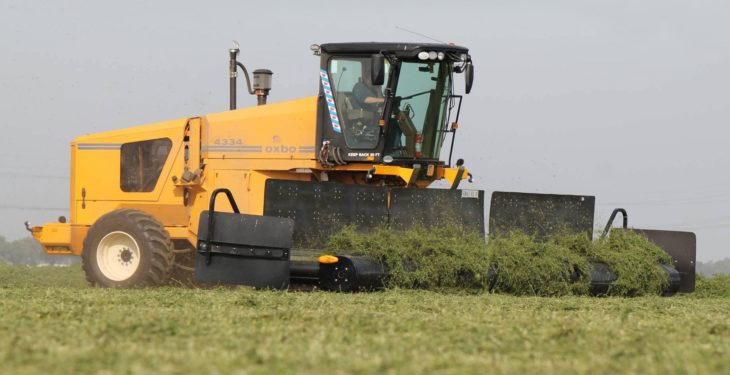 There is such a thing. It’s manufactured by Oxbo – a US company that produces all manner of agricultural harvesting equipment.

One of its most noteworthy creations is the 4334 self-propelled merger. With a claimed working width spanning almost 12m (39ft), it could potentially gather four 10ft swaths of grass in each pass.

Because – unlike a centre-delivery rake – this machine can eject all of the gathered grass to either side, the 4334 can group grass from adjacent passes together (by travelling in opposite directions on each adjacent run or by running the belts in opposite directions on each adjacent run). That means the machine has the potential to gather a huge quantity of mown or tedded grass into a single, sizeable swath – in two passes.

Of course, such a giant swath might not be practical in, say, west Cork – especially if tackling a stemmy, bulky first cut of silage. Even with the advent of forage harvesters sporting in excess of 1,000hp, the resulting windrow might be too ambitious.

In any case, the Oxbo 4334 employs belt-type conveyors (or groupers) – unlike a conventional rotary rake. In fact, Oxbo’s approach is similar to that employed by Italian company ROC; it produces a range of tractor-drawn and tractor-mounted swath mergers that also use a belt-type conveying system.

A broadly-similar concept is evident on the more recent Respiro ‘belt’ grouper – from Reiter Innovative Technology.

Out on the road, the machine can travel at almost 50kph (circa 30mph).

The cab may look familiar. The same unit is fitted to a variety of John Deere harvesters. With a full tank of fuel, the machine weighs a beefy 12.8t.

The pick-up units, with regular-looking tines and bands, lift the crop off the ground. From there, the grass is dropped onto belt-type conveyors – similar to the groupers or swathers attached to the rear of some mower-conditioners.

According to the company, the advantages of this approach – in contrast to a rotary rake – include a reduced risk of stones being pulled into the swath and less soil contamination. Oxbo also says that the machine is fast and transfers the crop smoothly and evenly.

Below is a video featuring an Oxbo 4334 working as part of a large forage harvesting operation in North America.

Posted by Chris Bradstreet on Saturday, May 6, 2017

The company has a history in the development of specialty harvesting equipment that dates back to the 1950s. Two companies – Pixall and Byron – merged (no pun intended, considering the product being discussed in this article) in 1998 to form Oxbo International.

After decades of distribution and technical cooperation between Oxbo and Netherlands-based Ploeger, those companies merged in 2011 – to form Ploeger Oxbo Group. The group has since added French manufacturer Bourgoin to its portfolio.

The group’s lofty vision is to be the “global leader in mechanised solutions for niche agriculture”. 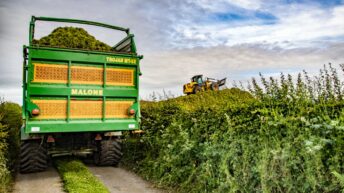 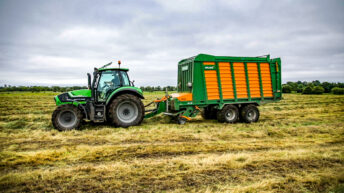