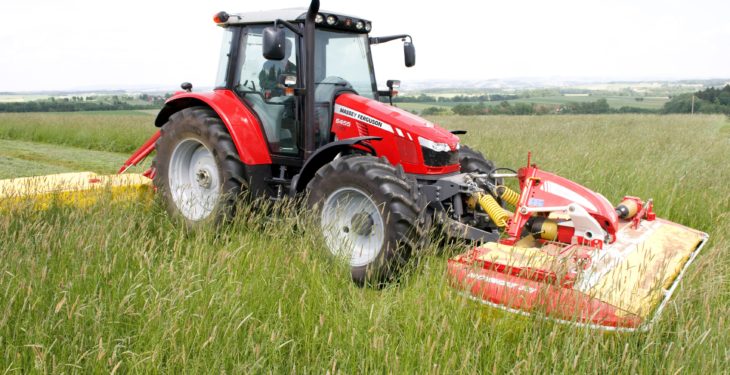 A major machinery company has introduced, what it claims to be, the world’s first mower-mounted automatic animal detection system.

The company behind the innovation is Pottinger; the development has been awarded a silver medal at the upcoming Agritechnica show in Germany.

So what prompted Pottinger to develop this system? It reasons that wild animals are especially at risk as soon as the mowing season starts. They hide in the grass. Some animals, says the firm, do not have the good sense to run away in the face of danger; instead they duck even further into the grass.

Drivers have virtually no chance of seeing such animals – in instances where the grass is especially long. Not surprisingly, many are struck by the mower’s blades – killing or wounding them badly.

According to Pottinger, up to 100,000 fawns are killed in this way each year in Germany alone. This figure does not even include other wild animals, such as hares and rabbits.

Apart from avoiding harm to young animals, having carcass parts in fields is a danger to the livestock that will later consume the contaminated forage.

Advertisement
Botulinum toxins, that cause botulism (meat poisoning), can form and can have fatal consequences for livestock.

The solution, says Pottinger, lies in its SENSOSAFE system. It comprises of an optical infra-red sensor that is fitted to the mower to detect animals lying in the grass in front of the mower, unseen by the driver.

When SENSOSAFE detects an animal, it transmits a signal to the hydraulics to immediately raise the mower automatically.

The sensors, according to Pottinger, have been developed especially for this application – to provide “optimum detection, even in broad daylight and in direct sunlight”. Using an optical sensor means that the system can detect a wild animal and differentiate between it and other obstacles, such as molehills.