One of Britain's trailblazers of Charolais breeding has clinched his first Highland Show interbreed championship almost 50 years to the month he bought his first pedigree bull.

Beef champion Balthayock Nessie, owned by Major Walter, is a two-year-old sired by Dingle Hofmeister and out of Balthayock Jessie.

Tracey said: "We are celebrating 50 years of breeding Charolais this year and it's the first time Major Walter has won supreme champion at the Royal Highland Show.

We were Reserve Interbreed [Champion] in 2015 with Imp and that was the first time major was champion here but now we've done one better.

"Major uses figures as a tool. He's one of the first recorded herds in Britain. I'm really chuffed for the boss because he is so passionate about Charolais."

Before going into Charolais, the farm had stocked Aberdeen Angus cattle. However, Major Walter explained that the addition of a weighbridge in the local mart saw a change in local buyer demands.

Suddenly weight mattered so we thought we needed to go into a breed which will produce heavier cattle in the shortest space of time.

"We are having a party on July 28 to celebrate 50 years in the breed. We don't know how many people are coming but we might need to double the wine order after today," he joked.

The event is already set to be a rare opportunity for those interested in the breed because the herd never normally sells heifers.

However, this year, three will be auctioned off with the proceeds from the one to fetch the most to be donated to the Scots Guards' charity to support serving and retired soldiers and their families.

Major Walter joined the Scots Guard at 18 years old. During his 13 years in the army, he worked his way up to company commander.

The Alfords from Devon with Foxhillfarm Naomi - a two-year-old heifer out of Trueman Jagger, which the couple have shares in.

Breeder Melanie Alford explained the Naomi is out of Foxhillfarm Isla, which is out of one of the herd's foundation female Bankdale Alice - an animal Alford estimates has bred around £1 million worth of progeny. 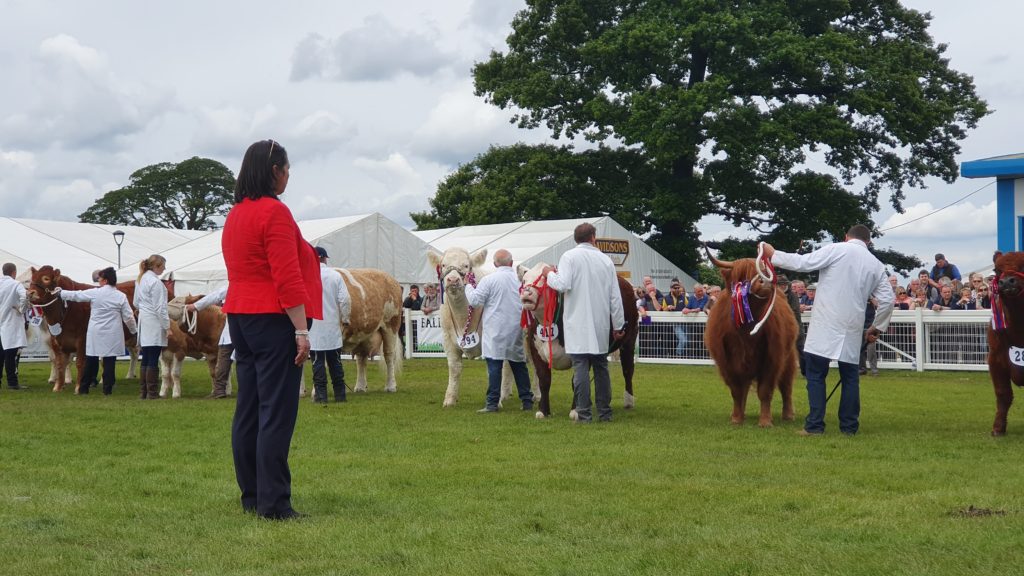 Alford explained: "This year we have brought just the one Limousin, one British Blue heifer and some Texel and Charolais sheep.

"We've had a good day with the Texels too so it has been a great show for us. From here, she will go to Great Yorkshire next and then the Royal Welsh."