Home » Hogan publishes timeline of travel while in Ireland

Hogan publishes timeline of travel while in Ireland 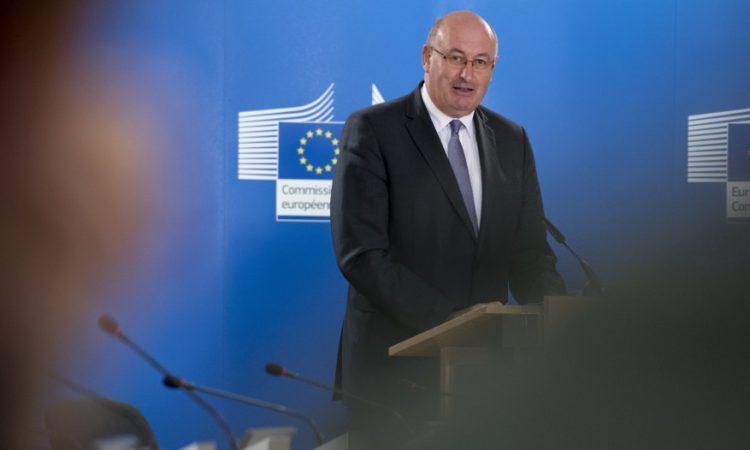 European Commissioner for Trade Phil Hogan has issued a memorandum to commission President Ursula von der Leyen on his movements in Ireland in relation to travel restrictions for Co. Kildare.

On social media, the commissioner said that the document outlines “the relevant requirements issued by the Irish government in relation to Covid-19, and how I adhered to them at all times during my recent visit to Ireland”.

He explained that after arriving in the state, he “subsequently was admitted to hospital for a medical intervention on August 5, where I tested negatively for Covid-19”.

On August 7, 2020, the Irish government introduced a localised lockdown covering three counties, including Co. Kildare, where I was initially staying before admittance to hospital.

Commissioner Hogan says that his subsequent trips concerning Co. Kildare were as follows:

Commissioner Hogan was asked to supply a further report on his movements in Ireland to President von der Leyen before 1:00pm Irish time today (Tuesday, August 25).

The nature of the restrictions in Co. Kildare is a key point for President von der Leyen, according to a commission spokesperson.

Once that report is available, the president will feel confident that she has the full picture, and that will enable her to complete her assessment.

The spokesperson also noted that the president was encouraging Commissioner Hogan to publish the timeline of his moves in Ireland during the period he was here.

Apart from the reports and requests for reports between Commissioner Hogan and President von der Leyen, the two have also spoken personally about the issue.

The spokesperson added that it was “premature” to talk about what disciplinary procedures could be put in place against the commissioner.