Home » Machinery » How does the ‘versatile’ new McCormick offering compare?

How does the ‘versatile’ new McCormick offering compare? 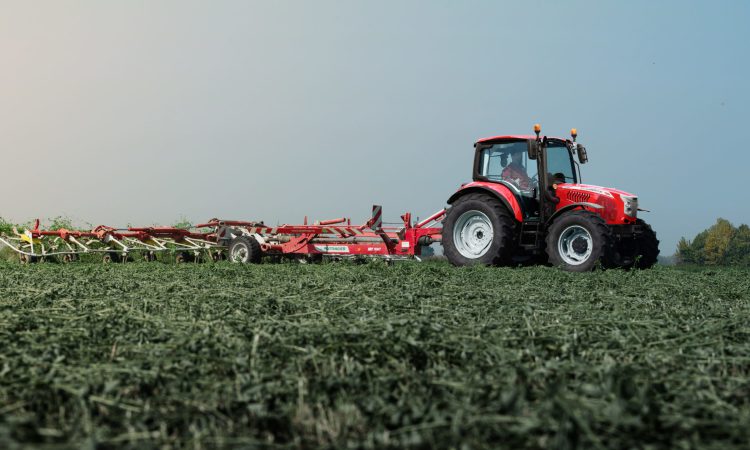 McCormick has unveiled its latest offering, the X5.085, which its parent firm Argo Tractors group has placed in between its X4 Stage V, and the future X5 Stage V range.

X5.085 is Stage V approved, with a “simple system installation” in compliance with anti-pollution regulations.

Increased ground clearance and improved traction are highlighted, alongside a weight-power ratio of 48kg/hp, which Argo says make the McCormick X5.085 suitable for transport in mountain and hilly areas.

A notable new feature is the coupling with the new M15 front loader which is controlled by a new “dedicated ergonomic joystick”.

The loader is “designed so that its frame does not reduce ground clearance or limit the steering angle range of the tractor”, Argo claims.

The McCormick X5.085 is kitted out with a category 2 mechanically-controlled rear lifting system with a capacity of 3,900kg. Controls for attaching implements are found both in the cab and on the fender. A 1,700 kg category 2 front lift system is also available as a further option.

A dual pump hydraulic circuit manages the five hydraulic spool valves – three rear and two mid-mount valves – with a pump flanged to the engine providing a dedicated flow rate of 56L/min, while 32 are directed to the steering system.

Looking inside the door, the 4-post cab allows for a claimed 360° all-round view and absorbs vibration thanks to four silent block suspensions.

Taking a glance at controls, a new concept joystick controls transmission functions such as Hi-Lo and H-M-L, as well as the front loader with regard to automatic release, third and fourth functions.

The roof is lowered for easy entry into tight spaces and it also has a transparent roof hatch.

An IBS (Integrated Brake System) system combines the rear brakes with the front oil-cooled brakes integrated within the axle, reducing the braking distance by 50%, according to the makers of McCormick.

The brakes engage in proportion to the effort applied to the pedals, allowing absolute braking accuracy.

The new McCormick X5.085 is also designed to house the McCormick Fleet Management telematics monitoring system, to monitor the efficiency of the tractor by measuring fuel consumption, working hours and scheduled maintenance.

All this information is displayed in a web portal and an app, Argo concludes.