How this Co. Tyrone poultry farmer achieved a significant increase in egg production 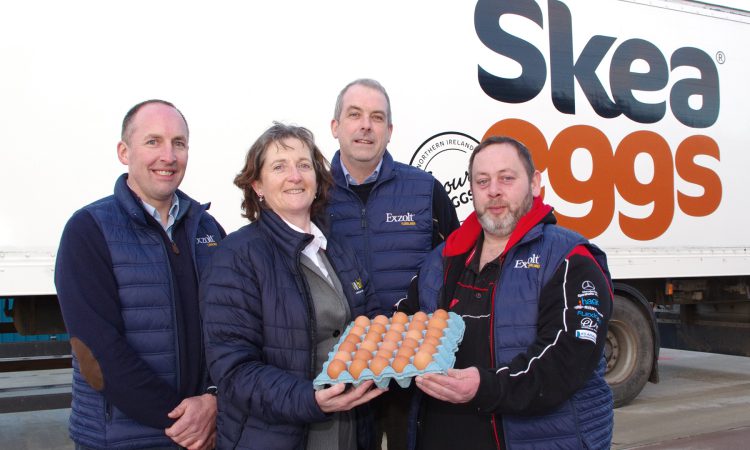 After careers in horticultural management and transport, Colin Moore wanted to get back into farming and, in 2007, he decided to start a new poultry venture near Pomeroy.

“I reckoned poultry was a profitable way to farm, so the first birds went into the shed in December 2007 and the second shed went up in 2009,” explained Colin.

He now has 14,000 free range layers supplying Skea Eggs in two separate sheds, with the two flocks of different ages kept apart. He keeps the birds from 16 weeks to 74 weeks-of-age with a four-week turnaround between crops. He has good biosecurity measures and clean-down regimes before new birds come in.

‘We just weren’t getting the same results’

Despite all this, Colin was aware that he had an ongoing issue with poultry red mite. “The first couple of years were great, but after that we just weren’t getting the same results.

“We’d disinfect during wash out and spray whenever possible, but it would just keep the problem at bay. It really got me down as we never seemed to get rid of the mites completely and they’d keep coming back. At times I was bitten by them and my wife wasn’t pleased when they’d get on me or my clothes,” he added.

Colin’s vet, Mr. Ian Stewart from Parklands Veterinary Group, set red mite traps and these showed a high level of infestation on farm. Luckily, Ian was able to prescribe a newly licensed medication for the treatment of poultry red mite.

One of the problems with treating red mite is that they creep into the tiniest crevices and only come out at night to suck the blood of the hens. They’re really hard to eliminate because they reproduce so rapidly – every seven to 10 days.

“The new treatment is administered in the hens’ drinking water and mites are killed when they ingest the treated blood. Mites can be controlled by giving two doses, one week apart.

“Of course, it’s important to make sure that you’re not reintroducing mites, so biosecurity is an important way of staying on top of the problem,” explained Ian.

Colin found administering the new product via the dosing pump very easy and straightforward and it wasn’t long before he noticed a difference.

“Within a week, the shells on the eggs laid by the older birds were a darker brown colour and both sheds were much quieter at night – barely a rustle,” explained Colin.

By the time of the second dose, I could see the colour coming back to their combs and the laying pattern was much closer with the eggs coming earlier in the morning and tighter together.

The biggest impact, however, was in the weeks following both treatments as Colin monitored increased egg production, with the older birds seeing a rise in production output of 3% and it’s still improving.

“I’ll admit I was surprised by the results,” added Colin. “Although you could see the effect of mite on the behaviour of the hens, you couldn’t quantify the effect on productivity. It was a constant niggle and it was hard to tell what harm it was doing because it had been there for years.”

And now production’s back on track, Colin is keen to make sure the farm stays red mite free. “We’ve tightened up even further on biosecurity and we’ll continue to monitor for mites so they don’t get a hold again,” he concluded.

For more information on the challenge of controlling red mite, visit: www.redmiteexpert.com.

Farmers wanting to assess and reduce the red mite presence on farm should talk to their poultry vet and integrate any treatments into a wider biosecurity and flock health planning strategy – use medicines responsibly.

Further information is available from your veterinary practitioner, the product SPC or MSD Animal Health, Red Oak North, South County Business Park, Leopardstown, Dublin 18, Ireland, on: +353 (0)1 297 0220; or by email at: [email protected]; or online at: www.msd-animal-health.ie.