Home » Rural Life » How to Steal Pigs: Mitsubishi distances itself from controversial documentary

How to Steal Pigs: Mitsubishi distances itself from controversial documentary 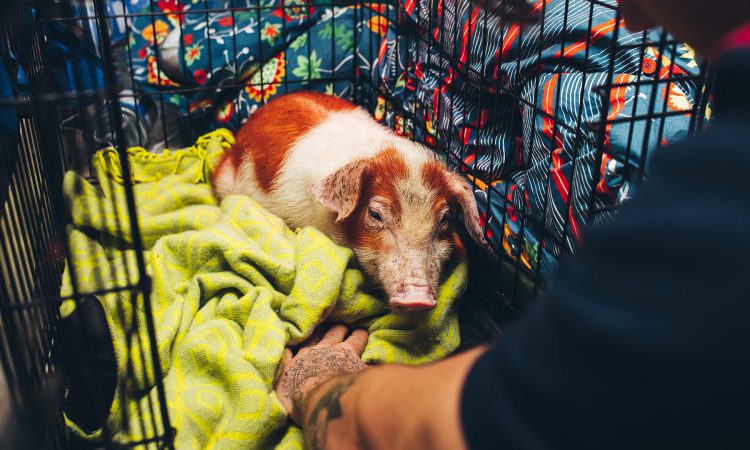 4X4 manufacturer Mitsubishi Motors has distanced itself from a controversial Channel 4 documentary set to air this week titled ‘How to Steal Pigs and Influence People’.

Farm groups have accused the programme which is due to air on Tuesday (January 14) of glamorising criminal activities carried out on farms by animal activists.

The Channel 4 teaser claims the documentary “follows a unique community of vegan and ex-vegan influencers. Some embark on farmyard heists, others are devoted to back-bedroom chicken sanctuaries.”

The vehicle manufacturer’s branding is being shown alongside the programme trailer as part of a sponsorship deal with Channel 4.

Amanda Gibson, press public relations manager, said: “Mitsubishi Motors in the UK is a proud sponsor of documentaries on Channel 4, but occasionally the subject matter can cause upset.

“We try to remain neutral on emotive topics. However, the upcoming documentary has the potential to cause distress; therefore, we will not be associating ourselves with this documentary.

“Mitsubishi Motors in the UK does not condone criminality or illegal and irresponsible activity in any form.

We have no contact whatsoever with any of the participants of this documentary and do not support their actions.

NPA policy services officer Lizzie Wilson has described the programme as a “disgrace” and has written to Channel 4 warning that the footage could encourage others to follow suit.

She said she was concerned the programme could be “televising and potentially glamorising acts of criminality, such as the theft of pigs, burglary and the movement of pigs without the necessary licence.”

Ms. Wilson said: “This is an extremely irresponsible programme that appears to be promoting and glamorising criminal activity.

Our members have already suffered enough from the actions of activists that can bring despair to farming families who have done nothing wrong, while also posing health and welfare risks to the pigs – this feels like a further kick in the teeth.

“Mitsubishi has customers across the farming industry, and we are appealing to it to show some solidarity with the industry and use what leverage it has with Channel 4 to stop the programme being aired.

“We are also asking members to contact their local dealerships directly make their feelings known.

“We want to send a clear message to Channel 4 that this sort of programming is a step too far and should not be tolerated.”

The call has been backed by the Association of Independent Meat Suppliers (AIMS).

Responding to the NPA’s letter, Tom Calvert, head of legal at production company Dragonfly, confirmed the programme included “incidents in which vegan activists commit illegal acts”, including a ‘Meat the Victims’ mass incursion. But he claimed these acts are “not glamorised, encouraged or condoned in any way”.

“We believe that the programme gives a fair and balanced view of the ‘Meat the Victims’ event from both sides, as well as presenting a fair reflection of vegan activism in the UK,” he said.

On Wednesday, Channel 4 aired George Monbiot’s ‘Apocalypse Cow’ programme in which he argued farming has to end to save the planet.

The show was preceded by ‘Meat the Family’, a programme following families rearing chicken and pigs in their gardens before deciding whether to eat them or ‘save’ them.

A Channel 4 spokesperson said: “This is an observational documentary on a relevant and topical subject which is widely discussed.

“The programme complies with the Ofcom Broadcasting Code and does not condone or encourage criminal activity.” 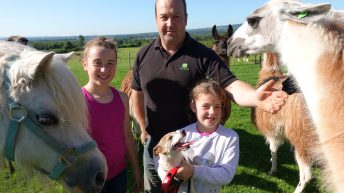