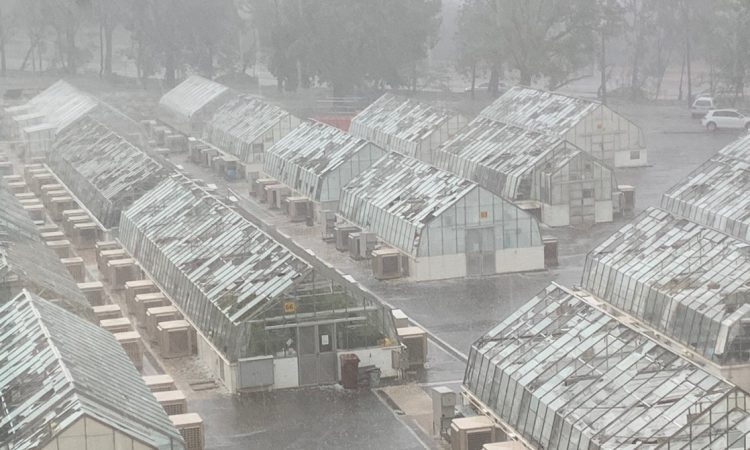 The unusual hail storm fell in the Australian capital of Canberra, to the south-east of the country.

In a statement on the matter, CSIRO highlighted the extent of the damage but noted that, luckily, no one had been injured in the incident:

The Canberra hailstorm on the afternoon of Monday, January 20, caused significant damage to most of our 65 glasshouses as well as to a number of other buildings and solar panels, and numerous vehicles at CSIRO’s Black Mountain Science and Innovation Park.

“We are very fortunate that staff and visitors are all okay.”

Massive hailstorm damage to our greenhouses just now 😱😭 Luckily no one got injured! pic.twitter.com/PczZI21VsY

CSIRO explained that it moved quickly to ensure the health and safety of staff, adding that it cordoned off the glasshouse area “until the safety of buildings is restored and damage assessments are completed”.

The organisation highlighted that these assessments are expected to continue over the coming days and weeks. 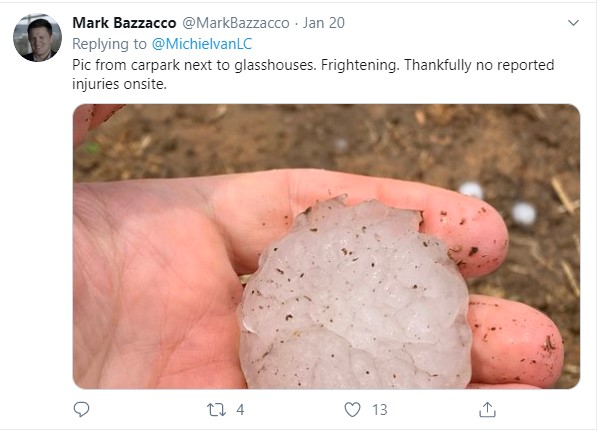 “The damage has had a significant impact on our agricultural research and a personal setback to our researchers.

“These glasshouses are integral to CSIRO’s work alongside Australia’s agricultural industries and international collaborators, to improve the performance of a range of food and fibre crops and ensure their profitability and sustainability into the future.

The extent of damage to agricultural research will be determined as part of the detailed assessment process.

“Based on these assessments CSIRO will determine the next steps to rebuilding infrastructure and recovering and restoring this vital research work,” the organisation’s statement concluded.