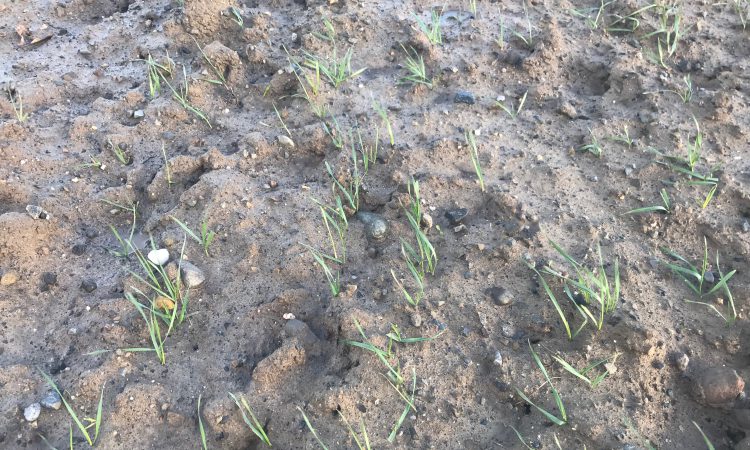 Heavy rain in October delayed planting across Europe, but dry weather in November has allowed many areas to catch up, according to the EU’s crop monitoring service.

Winter cereal crops in top growing countries – Germany and France – are generally in good condition. Pest pressure, including aphids, is higher in France and the Netherlands, which needs to be monitored.

Because of the drier weather, the area of winter cereals is expected to be bigger than last year in France, Germany, Slovenia and Croatia. In some countries, including Belgium, the Netherlands and Poland, the area may be above average.

However, planting is still delayed in eastern countries, according to The Agriculture and Horticulture Development Board (AHDB). This includes big cereal growers, Romania and Hungary.

Winter wheat planting can still be finished on time in parts of the Czech Republic, Slovakia, Hungary, Bulgaria and Romania, if there’s dry weather over the coming weeks. However, it’s now mostly too late to plant winter barley, so the area might be reduced.

Also, more heavy rain fell in eastern Czech Republic and Slovakia in November. As a result, crops have had a poor start and it might not be possible for planting to be finished here.

European winter cereal crops have had a good start overall and this could cap gains for new crop European prices compared to other major exporters.

The UK may need to compete for wheat and barley exports next season, if a larger domestic wheat area is planted and the barley area remains relatively high. Should the UK need to export, its prices will need to closely track those of its European and other competitors.

The EU crop monitoring service expects the European rapeseed area to be smaller than last year, although stopped short of estimating an area at this time.

However, some countries are forecast to buck this trend. Rain in mid-September supported late plating in Germany, which could result in an area increase on the year.

A smaller European rapeseed area means that Europe will likely need to again import large volumes of oilseeds in the 2021/22 season.