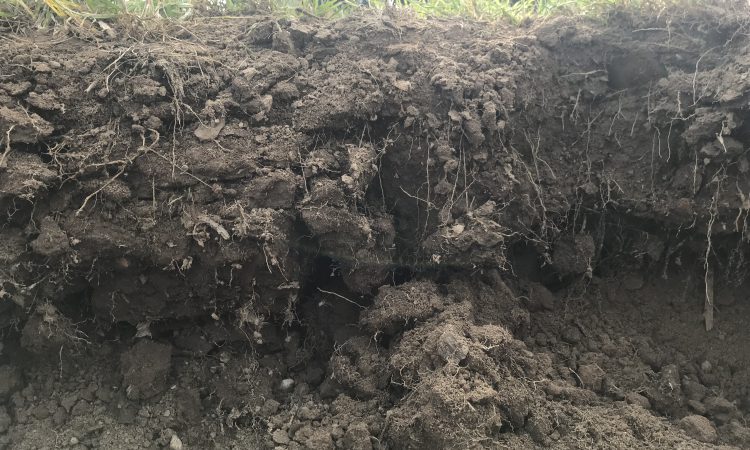 Speaking at the New Generation Agriculture conference in Dunboyne Castle this week, Graeme Sait talked about the importance of humus in the soil.

Humus after all is the glue that keeps the soil together, as well as holding water and nutrients for plants to take up.

Graeme offered the crowd his top 10 tips to build humus in the soil.

1. Don’t burn down your cover crop

Sait told his audience that burning off a cover crop with glyphosate results in the loss of three key nutrients – carbon, nitrogen (N) and sulphur (S) and urged farmers to work the cover crop into the top layer of the soil.

2. Include legumes in every pasture and under every cereal crop

The New Zealander, who lives in Australia, suggested planting a clover crop under cereal crops to feed soil fungi.

This can improve the crumb structure of the soil as well as providing N and releasing acid exudates, which can make calcium (Ca) and phosphorus (P) more available and increase photosynthesis levels as a result.

The benefits of mixing different plant species have been well-documented. Sait noted that planting cocktails of cover crops can change the soil structure, speed up soil organic matter build up and increase soil life.

Humic acid can help to promote fungi which help to build up humus in the soil and help build a crumb structure, Sait noted.

Compost can provide a diverse and large amount of beneficial organisms which can help to build the soil organic matter content.

Reducing the amount of soil disturbance can help to maintain the number of beneficial organisms working in the soil. Reducing tillage also helps to reduce the level of carbon being released from the soil.

7. Bring back your earthworms

Earthworms can also help to make nutrients more easily available once they have passed it through their system.

Grazing crops can help to increase the build up of humus on your farm. Those cocktails of cover crops can provide forage for animals and be broken down by the grazing animals.

According to Sait, residues should be fully decomposed within six weeks on a living soil. He suggested the use of some biological products to speed up residue breakdown, where it is not happening in that six-week time frame.

Among the products he suggested to use were Trichoderma, BAM and fungal dominated compost teas. He added that combining these products with humic acid can also help with stubble breakdown.

Sait mentioned many ways of increasing oxygen in the soil, including planting legumes to stimulate fungal crumb structure and getting the balance right between Ca and magnesium (Mg) to help the soil to breath.