Home » Arable » Industry urged to consider the potato of the future

Industry urged to consider the potato of the future 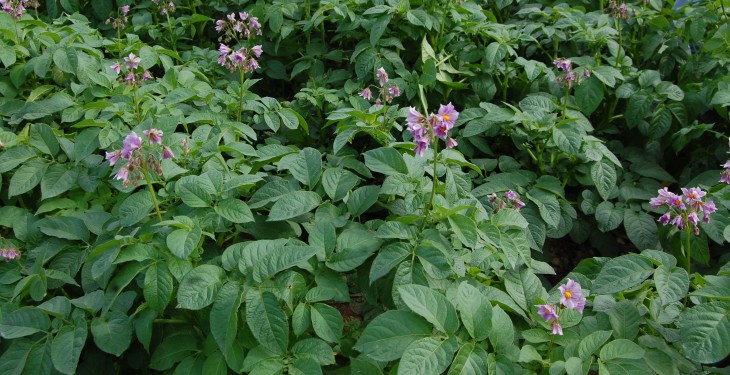 Maris Piper has been the most grown potato variety in Great Britain for over 20 years – but will it still occupy top spot in another 20?

That is the question that the Agriculture and Horticulture Development Board (AHDB) asked at Potatoes in Practice (PiP), in Dundee earlier this week.

Claire Hodge, knowledge exchange manager at AHDB Potatoes, said: “We have been running our ‘Next Generation’ programme since 2015, where we work with future leaders from the sector and help them to accelerate their knowledge and networks.

We wanted to ask those who will be shaping the industry in Great Britain about how they saw the potato competing in a changing global market.

Since the early 1960s, the growth in potato production has rapidly overtaken that of all other food crops in developing countries.

It is a fundamental element in the food security for millions of people across South America, Africa and Asia.

Potatoes contribute 14% of the vitamin C and 12% of the dietary fibre consumed in Great Britain. Yet, despite this, the long-term trend in consumption has been downward – though there has been a slight recovery in the last two years.

Ms. Hodge said: “Our seminar session focussed on our old favourite – Maris Piper – and asked whether it will remain top of the varieties table in 20 years’ time.”

Piper has long led the way in term of GB consumption and is well recognised for cooking quality and great flavour.

Growers see good yields and price return from the crop and have well learnt its growing requirements, which can sometimes be a little trickier.

“But can it hold out against new varieties? Can it withstand changing consumer appetites and evolution in production and processing methods?” she asked.

One of the speakers at the session is Dr. Kim Davie, ADHB Potatoes nematology fellow at Science and Advice for Scottish Agriculture (SASA).

With a changing climate of more extremes as well as issues with pesticide use, Dr. Davie believes that breeding resilient potatoes that are easier to grow is a key element.

She said: “I believe the future of the industry is best served by using varieties that are resistant to disease and pests more effectively.

“You can’t look at this in isolation – we’ll still need potatoes that look and taste great – but if we want healthy crops and profitable growers then we must remove the barriers to growing great tasting resilient ‘tatties.”