A Yorkshire farmer has converted a horsebox into the UK’s first mobile fresh milk and cheese vending machine in a bid to bring his produce to rural communities.

The venture, known as The Home Farmer, offers customers the chance to self-serve whole milk into glass bottles and enjoy the taste of milk produced from the family’s 80-strong herd of cows.

The innovative idea has been developed at Thorngarth Home Farm in Aysgarth, North Yorkshire, using a HB506 model from Ifor Williams Trailers.

The mobile shop travels across the villages of Wensleydale delivering fresh, gently pasteurised milk with the cream still on the top across the Yorkshire Dales.

And now, thanks to a special partnership with Wensleydale Creamery, the business is about to launch its own brand of handcrafted raw milk cheese which will be sold alongside milk in the new mobile shop. 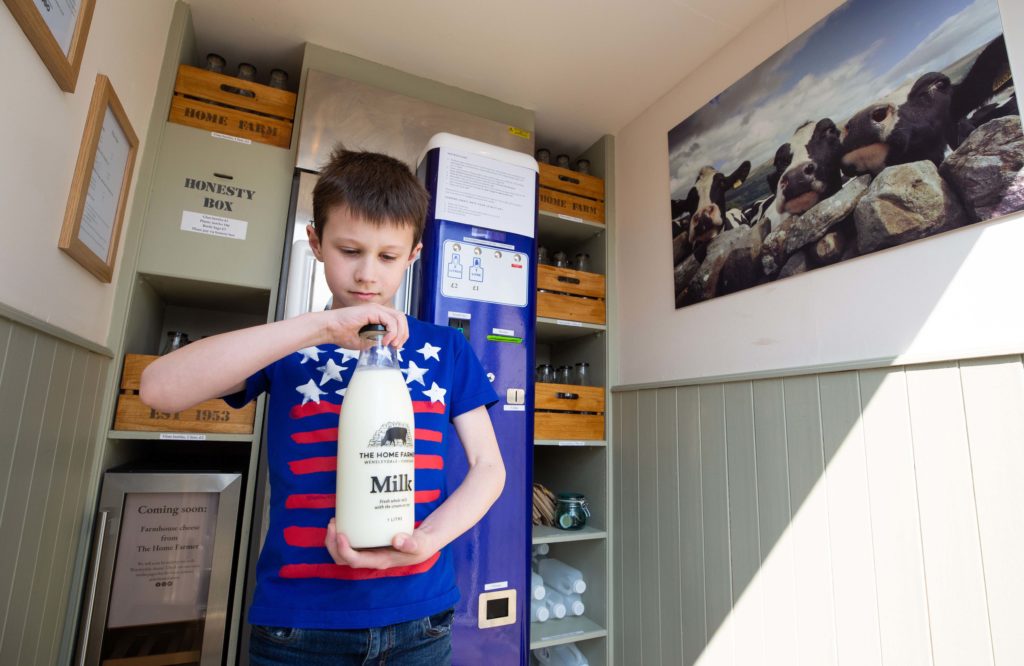 Ben Spence (pictured top), who runs The Home Farmer alongside his brother Adam (29) and dad David (65) said the idea evolved from the farm’s ambition to develop an honest brand with 100% traceability.

“The aim of the vending machine was to try and put a brand on our milk instead of producing milk which no one knows where it comes from or the quality standards used to produce it,” said the 31-year-old.

All the locals know where our milk comes from; it’s fresh from the cows down the road and in the tank within 48 hours. It’s about trying to distinguish our milk from the supermarket milk.

“Our milk is gently pasteurised to retain as much of the flavour of raw milk as we possibly can. The cream will still settle on the top and people seem to like the taste because it’s a lot fresher and nicer. We wanted it to be as close to fresh from the cow as possible.

“The vending machine sits inside of the trailer and people come and help themselves to either 1L or 2L bottles.

“It’s a community service we are providing to local people.”

Andrew Reece-Jones, the design engineering manager at Ifor Williams Trailers, said he was delighted the mobile milk unit is proving such a big hit.

“This is a brilliant concept benefitting the communities surrounding Wensleydale,” he said.

“The possibilities are endless with our versatile and well-designed trailers and this conversion is proof that when it comes to mobile businesses, the sky is the limit with Ifor Williams trailers.” 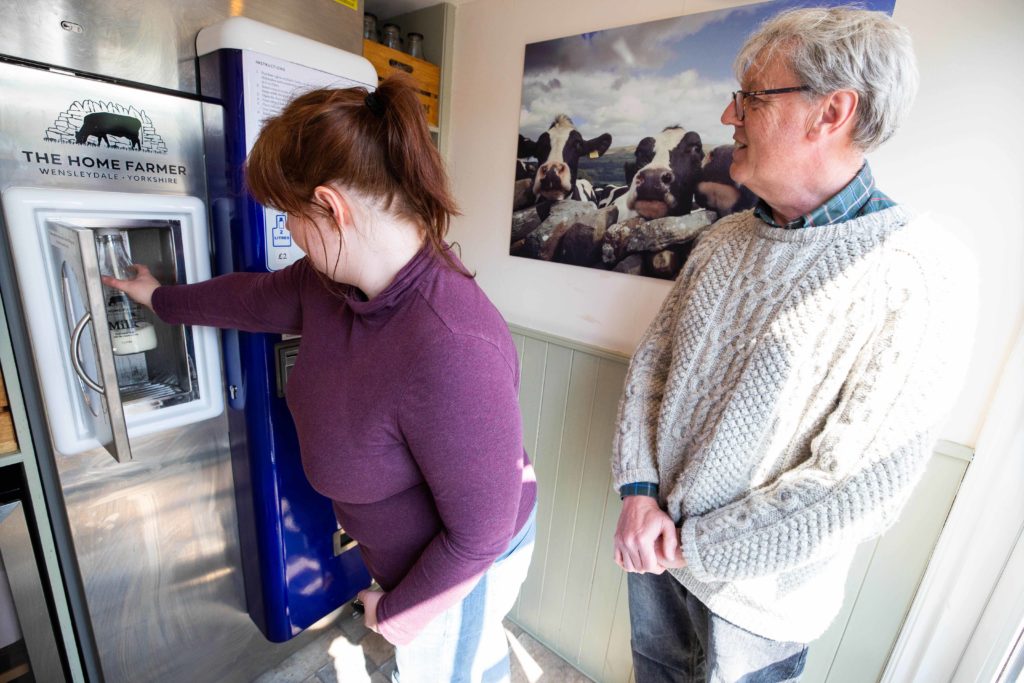 Stationed in the car park of the George and Dragon Pub in Aysgarth, North Yorkshire, Jessica and Paul Howard fill up a litre of milk[/caption]

The vending machine has been built inside the HB506 and cleverly conceals a 150L tank. Customers can help themselves to plastic or glass bottles of one or two litres at £1/L and those with a pre-paid “loyalty key” benefit from a 10p/L discount.

Stephanie Foster, managing director of Cumbria-based Alan Tuer Trailers, explained: “They needed a trailer with no internal partitions or a front ramp and so were able to accommodate.

“The HB506 adapted very well to their needs. It was the right size for a start and this model was the most suitable for utilising as a mobile shop.

It is probably one of the most unusual sales we’ve had but it just shows the versatility of the Ifor Williams Trailers fleet.

"It’s also strong and robust and can cope with everything it needs to. This is why it’s so appealing.

“The milk shop will be travelling a bit of a distance and so we were only too happy to help by supplying a strong and reliable vehicle well capable of doing the job.”

Ben added: “We were surprised at the extent of the demand for the new service. What started out as a sideline has now become a focal part of the business.

“Although we are by no means the first to create a milk vending machine, as far as I know we are the first to put it in a trailer and tow it around.

“It must be going down well because we keep selling out.”