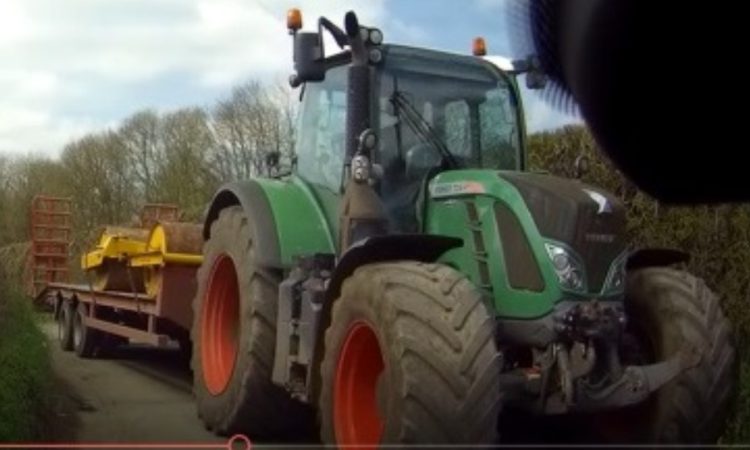 Police investigations are ongoing into a fail-to-stop ‘hit-and-run’ style collision in the UK last month.

Dorset Police have issued a photograph of the tractor following an incident in April.

At around 11:30am on Friday April 12, a woman was driving her silver Kia Sportage near the riding stables off Common Mead Lane in Gillingham, England, when she pulled in behind a Volkswagen van to allow a tractor to pass.

However, as the tractor passed it scraped the side of her car and ripped off the bumper; the tractor driver failed to stop at the scene, according to officers.

Sergeant Steve Hughes, of North Dorset police, said: “The victim had a dashcam fitted in her vehicle at the time of the collision and efforts have been made to identify the tractor and its driver; however, these have so far been unsuccessful.

“I am now issuing an image from the dashcam in the hope that someone can help me identify the tractor and trailer involved,” the police officer added.

Dorset Police has appealed for anyone with information to get in contact, either at: www.dorset.police.uk; via email at: [email protected]; or by calling 101, quoting occurrence number 55190055249.